As we wave goodbye to 2020 and look forward to 2021 and all the great shows on offer, we thought it would be the perfect time to bring you our favourite 50 albums of the year!

Here at alt. tickets we keep our fingers on the pulse, with weekly updates of all our favourite releases, but when it came to recapping a whole year of excellent music it was hard to narrow it down to just 50! We've made some tough decisions and we have such a great list, so without further ado here is 50-41.

For fans of: The Maccabees, Wild Beasts, Willie J Healey

What the critics say: "Orlando firmly demonstrates the range of his vocal ability - a constant across eleven tracks. Pairing this with sincere lyricism and soaring musicianship, ‘A Quickening’ emerges as Orlando Weeks’ most personal record by far, and is nothing short of stunning." - DIY Magazine

Stand out track: Safe In Sound

For fans of: Teleman, The Slow Readers Club, Steve Mason

What the critics say: "For this record, they’ve time travelled forward a decade and squeezed in a dash of that Arctic sense of cool that runs through the peppier output of The Cardigans and Robyn. As the world faces an uncertain winter, they’re generously offering us the endless summer we should have had all along." - music OMH

Stand out track: Top Of The Hill

48) Pa Salieu – Send Them To Coventry

For fans of: Novelist, dutchavelli, Ghetts

What the critics say: "This is an extraordinarily assured first offering from a young artist capable of surprising at every turn. The result is not so much a foreboding portrait of a forgotten, boom-and-bust city, but an invitation to a place and people unduly ignored—and an introduction to an artist who won’t be. Not so much sent to Coventry, then, as visiting voluntarily." - Pitchfork

What the critics say: "The Volume of Things is the sound of an artist confident in her craft, and at ease with her contemporaries in the storied Welsh song book. Having opened for the likes of Fatherson and compatriots The Joy Formidable, post-lockdown this stately second record will have no shortage of offers as the live circuit looks to get back on its feet." - The Line Of Best Fit

For fans of: The Orielles, Parquet Courts, Dream Wife

What the critics say: "It’s romantic, it’s exhilarating, and seems to be the Rolling Blackouts’ talent in a nutshell, to dignify momentary, young-life experience with the power it deserves, mirroring their own rapid journey from good to great. It finds a meaning in the rush of information and the loaded potential – the beauty of the ride." - UNCUT

Stand out track: Cars In Space

For fans of: Tim Burgess, The Lovely Eggs, Honeyblood

What the critics say: "The palette of sounds draws from evident influences in New Order, Bronski Beat, bands that capture nightlife in all of its vibrancy. Leaning heavily on repetition in sound and substance, the band themselves cite more modern references, such as Soulwax, as some of the driving forces behind developing this layered, neon-tinged feel. A sound accompaniment to a decadent dance party, ‘Hot Slick’ is a move in the best possible direction for PINS." - Clash

For fans of: Employed To Serve, Rolo Tomassi, Jamie Lenman

What the critics say: "In the end, though, Sleepless’ fascinating textures and hypnotic undulations offer a different type of intensity, and when those (still frequent) blasts of outright heaviosity do arrive, they feel all the harder for it. 2020 has been a brutal year for hard-touring outfits like Palm Reader, but this feels like a defiant guarantee of their tenacity and adaptability, finding a way to continue hammering their mark and plotting their own destiny even as the world swerves around us." - Kerrang!

Stand out track: A Bird and Its Feathers

What the critics say: "L'Ère du Verseau is a conceptual rollercoaster, constantly picking up the tempo with exciting pop energy and then slowing everything down for moments of honest reflection. Whether it be the groovy, animated moments or the more intimate and vulnerable ones, there is something on Yelle's latest release for everyone to appreciate." - Exclaim!

What the critics say: "With the help of radiant choirs, powerhouse vocals, and dance breaks when needed, Grace’s Remedy covers important ground when it comes to falling in and out of love.  Not only does she give insights on how to love, but she also gives us an idea on how to heal." - Imperfect Fifth

What the critics say: "The new album, Commensality, is a monumental piece of work from a humble, yet talented young creative. FAVELA showcases skill and intricacy to deliver a whirlwind of graceful, versatile and majestic collection of music." - Dubiks 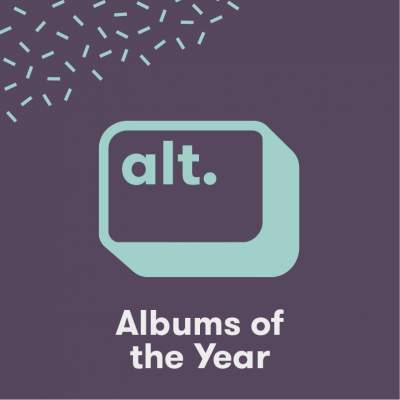