American Football are back!

Illinois band American Football have announced their return, with a new album and an exclusive UK tour date at London's Shepherds Bush Empire on 11th February 2017!

They released their self-titled debut album back in 1999 to critical acclaim and have now revealed that the long-awaited follow up album will be released on 21st October. Take a listen to the lead track from the sophomore album 'I've Been So Lost For So Long' below.

Tickets for their November date at O2 Shepherd's Bush Empire go on sale on Friday at 10am. Set a reminder here! 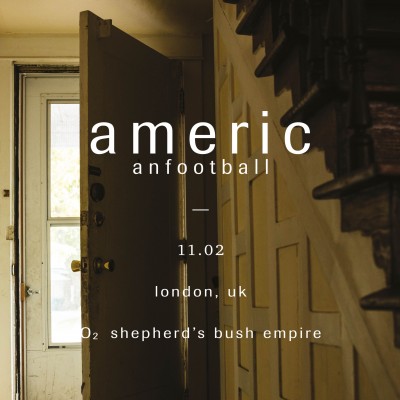