Alt-pop duo APRE head out on a headline tour this week and will be taking latest single, Your Heart's Like A Jungle, with them.

We caught up with the Kent outfit to discuss the tour, valuable advice and more.

Firstly, you’re heading out on tour next month – including shows in Nottingham and Bristol – how are you feeling ahead of getting back out on the road?

We are very excited! We have never done a proper tour to our own audiences so it’s going to be quite a surreal experience to be playing in front of only our fans!

What has been the most valuable piece of advice you’ve been given whilst travelling around the country?

Don’t try and be cool.

You’ve just released latest single, Your Heart’s Like a Jungle, what has the reaction been like so far?

It’s been really positive! Definitely the most positive so far, big love from everyone on social media so far and live it’s really been kicking off. It’s a proper rave tune.

Alongside the track, you explained a bit about it for the first time – what was the reasoning behind this?

We wrote that song at a very specific time two years ago when one of us was feeling that way, and as if by magic the other is now feeling exactly the same way at the moment so it seemed appropriate to explain to everyone the meaning behind it.

What else do APRE have planned for 2020?

We are off on our headline tour in February! And then we will be releasing more bangers and further touring throughout the year! 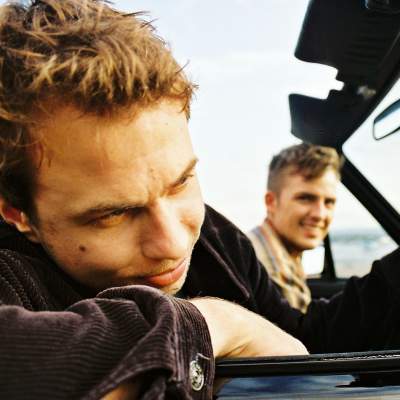