We caught up with Brian Christinzio following the release of his fifth studio album under the moniker BC Camplight, "Shortly After Takeoff". He spoke to us about the record, connecting with fans during a global pandemic and why he no longer makes plans. Check it out below!

The new record ‘Shortly After Takeoff’ is out now – how does it feel to release an album during this time?
It's not ideal. I wouldn't choose to release a record at this time. Mostly because, as you know too well, I'm currently unable to tour it and capitalize on the good amount of buzz it's produced. However. I have heard from dozens and dozens of fans from all over the world that have told me this album has been of great help to them during the lockdown. I've seen some in the press call it the "sound of the the lockdown". Certainly not what I had envisioned when making it, but just like most things I do, this album has fired off in it's own unpredictable direction and has found a life of it's own. Sure I'd rather be on stage right now but I'm happy it is helping people.

You’ve been performing online regularly with your ‘Songs From A Weird Place’ live streams, what’s it like performing to an online audience?
I wish I started doing it a long time ago. These sessions started out as just a way to pass some time on a Friday night. I didn't take it very seriously. As the weeks went by we started to develop a little community that grew and grew. It's such a touching experience being able to interact with these people, all of which are anxious and scared ....including myself. But for 2-3 hours every Friday we share stories, have a few drinks....I take requests and generally try to be there for the fans, some of which have supported me for 15 years. By the end the audience is perhaps a little tipsy and probably the same for myself. People are laughing or crying. So in that respect it's like a normal BC Camplight gig.

With your online gigs, and Tim Burgess throwing a Twitter listening party for your new record, you seem to have embraced using technology to connect with your fans – how important is this to you?
I've never really been a social media guy. I'm sometimes accused of having a large personality so I started to think maybe I was wasted an opportunity to show that personality off, especially since I'm not currently able to do it in public. So, I started to look at it as an extension of the performing artform. I challenged myself to adapt to the hands I was dealt. So now instead of making fun of Tame Impala on stage I get to do it on twitter. Tim Burgess was nice enough to have me on for my listening party. That earned me a lot of new fans. That dude Tim has the social media game down STRONG. Guy's getting some major traction. I'm getting better at it but it's still mostly just maniacal ramblings and pictures of my belly button.

You’ve described the latest record as the final chapter of your “Manchester Trilogy”, following “How To Die In The North” and “Deportation Blues”. Have you had any thoughts as to what will come next?
I stopped planning things a looooong time ago. People that have followed my career will see my life has been bizarre to put it mildy. Every release has been drastically affected by major events. My early releases in Philadelphia were marred with mental health relapses and homelessness. I was deported and banned from the UK the day after the release of "How To Die In The North". My depression and health problems returned literally 2 days before the release of "Deportation Blues" as my father passed away suddenly. This current record was meant to be a breakthrough into much greater popularity, and in a way it has already been just that, but it is obviously marred by this pandemic. So, no. I refuse to make any plans anymore. I'll probably release my next record from a bomb shelter

We’re currently creating an alt. tickets Social Distancing Survival Guide – where we choose 3 albums, 3 movies, a boxset and a podcast – what would your choices be?
If I had to be locked away with 3 records they'd be Harry Nilsson's A little touch of Schmilsson in the night, Mozart's Requiem, and Metallica Master Of Puppets . My films would be Poltergeist, Goodfellas, and Rocky. Boxset is very easy-The Sopranos. Can't you tell I miss my South Philly Italian roots? 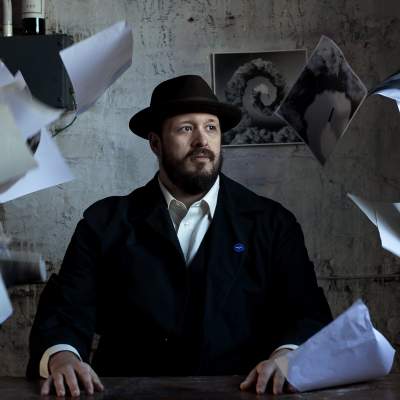