Music icon Cher has announced she'll be coming to the UK in 2019 for her first live dates in over 14 years! The multi-talented, Oscar, Emmy and GRAMMY Award-winning legend has confirmed dates in London, Manchester, Birmingham, Glasgow and Leeds for October 2019. Click here to see the full dates and to set a reminder!

After her critically-acclaimed role in Mamma Mia 2, Cher will be treating her fans to an array of hits from her huge repertoire, as well as new songs from the 'Dancing Queen' album!

Tickets go on sale Friday at 10am. Set a reminder here! 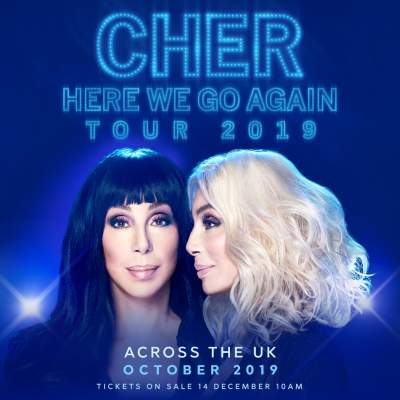