After releasing his debut solo album last year, we caught up with singer-songwriter Cormac Neeson before he heads to London to play St Pancras Old Church in November as part of his 'White Feather' tour.

You released your critically acclaimed debut solo album ‘White Feather’ last year. How did releasing a solo album differ from your previous records with The Answer?

This is a completely different bag from anything I’ve done in The Answer and that was a big reason for making a solo record in the first place as opposed to trying to incorporate some of my ideas into the next record with the guys. The songs and subject matter on White Feather are very personal to me and draw on some major upheaval in my life over the past few years. I think that level of introspection is reflected in the more organic feel of the record as opposed to the generally more in your face nature of The Answer’s material. A lot of the songs on White Feather were written on an acoustic guitar with a lot of focus on lyrical content and melody. As a singer with a lot of pent up emotion that needed released, the creation of this album was a unique and powerful experience; just what I needed really. I love what we do in The Answer but White Feather came along at exactly the right time for me.

The album was recorded in Nashville, the home of Country and Americana, have you always had an interest in that style of music? Is there any artists in particular from that scene you find inspiring?

I’ve always been in awe of the song craft that just annoyingly exists in the DNA of the music scene over there. Right from the greats like Willie Nelson and John Prine (may he rest in peace) through to the folks that are doing amazing things right now like Chris Stapleton and Maren Morris. I love the ethereal feel to the songs and sonic of bands like the Low Anthem and then you’ve got guys like Northern Ireland’s own Ben Glover who packed up shop and headed over there for good, doing great things. When I started working on the record in Nashville it felt like I’d been reborn as a songwriter. I don’t mean to sound melodramatic when I say that; its just that the writers and players in that town have a different way of doing things compared to anyone I’d worked with before. Some of its clear as day but there’s other more subtle differences that could only exist within a music culture that has evolved with confidence and focus into the mecca its become for songwriters and artists like myself.

You embark on your ‘White Feather’ tour this November, are there any cities or venues you’re particularly excited to play?

Literally all of them. I just can’t wait to get out of the house at this stage. Ha ha. Looking forward to St. Pancras Old Church in London, getting back up to Glasgow and over west to Cardiff. I’m also playing a bunch of  smaller cities and towns I’ve never been to before so that will be a fun new experience.  We’re gonna be heading out as a three piece so the show itself is gonna have a nice singer-songwriter intimacy to it which should be great and I think the venues we’re playing will be perfect for that kind of gig. Its all gonna be great...obviously.

Can you tell us a bit more about your ‘One Drink-One Song-Home’ videos you’ve been sharing on socials?

So I’ve been trying to do as many virtual performances as I can whilst in lockdown. Partly to stay sharp and maintain a focus on performing for other people even if they’re not physical in the room with me. But also I really feel that musicians have a responsibility to step up in times like these and share what they’ve got with the world to keep people connected and staying positive. So I do 2 weekly gigs; one is a Virtual Songwriter’s In The Round which I do every Saturday night and along with my friend Matt we invite songwriters from all over the world to take part in an hour long performance. The other is “One Drink One Song-Home” which happens every Friday at 5pm BST on my facebook page and is designed to emulate that “one” pint on a Friday when everyone has finished work and we’re all getting geared up for the weekend. I try and instigate a virtual conversation based around a different loose them each week and then finish up with a cover version. Its great craic actually and there’s people who now treat the show as their cue to start drinking on a Friday..so I may have a lot to answer for when this lock down situation comes to an end.

We’re currently creating an alt. tickets Social Distancing Survival Guide – where we ask people to choose 3 albums, 3 movies, a boxset and a podcast – what would your choices be?

Neil Young “After The Goldrush”, Ben Howard “Every Kingdom” and something rockin to keep the spirits up and blood pumping so Black Crowes “Southern Harmony”. Podcast wise “Isolating With David O Doherty” - absolutely amazing and hilarious. 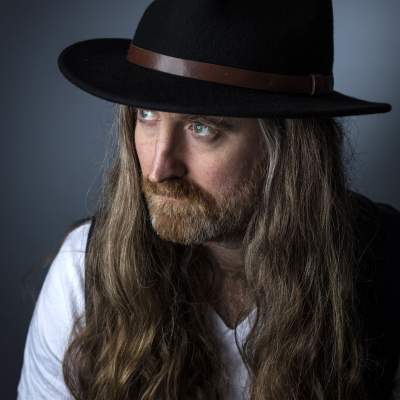