Post-punk outfit Document are one of the most talked about bands right now and with good reason. Their debut EP, A Camera Wanders All Night, is one of the best releases you'll hear this year and their live performance is outstanding.

We caught up with the band to discuss their influences, Manchester and what's next for them.

Firstly, you’ve just released your debut EP – A Camera Wanders All Night. How are you feeling now that it’s finally been unleashed on the world?

We feel relieved that we can finally release it. We’ve been a band for just over a year so the release of the EP has been a long time coming. It seems to have had a good reaction which makes it worth the while. Most of all we just want to get back in the studio!

You call it “a culmination of a year’s work both on and off the stage” – tell us a bit about the recording process in between shows.

In a way I think our recording process was fairly typical - we mainly focused on strung instrumentation and drums, although there is a theremin hidden somewhere in American Heat. Working with Alex Greaves over at Leeds’ The Nave was something very special for us. Throughout three sessions over a couple of months we crafted the EP with him and he really pushed us in the right direction. Having a producer who really understands your sound and what you want to achieve through your work is absolutely invaluable.

In an interview with Foxes you said you’d like to be compared to Protomartyr and Preoccupations - which other acts do you take inspiration from – both in terms of sound and stage presence?

Your upcoming Manchester show has been upgraded to Soup Kitchen – how does it feel to be playing such a great venue?

Having lived here for well over four years now we’ve had our fair share of great nights at Soupy, whether that’s through going to watch gigs, play gigs, or even dance until 5am at club nights (to be fair, it’s mainly the latter). In that respect I think we all look at the place not only as one which has a killer stage and unique vibe, but as a place in which we’ve made some beautiful memories. It’s very fitting that our first hometown headline show can join that list.

The Manchester circuit is pretty special – what does it mean as a band to be able to call a city with such musical history and heritage home?

We're very proud to be a part of Manchester’s scene, we love this city and the history which surrounds it. Some of our favourite acts are from here and it's a great feeling to think that, in some way, we're carrying on their legacy.

We’ve created the ‘alt. tickets Social Distancing Survival Guide’ where we choose 3 albums, 3 movies, a boxset and a podcast – what would your choices be?

Under Color of Official Right - Protomartyr, Push The Sky Away - Nick Cave & The Bad Seeds, Grotesque - The Fall

2001: A Space Odyssey - Stanley Kubrick, The Spy Who Came In from the Cold - Martin Ritt, Star Wars Episode V: The Empire Strikes Back - George Lucas 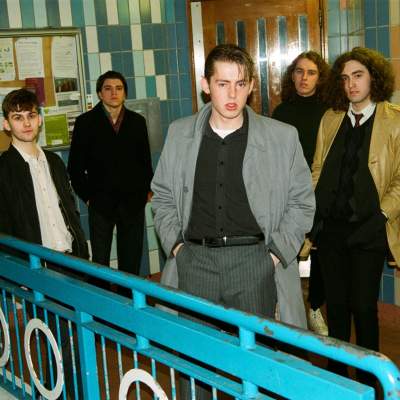