As 2020 creeps in and we wave goodbye to another decade, plenty of venues across the country are giving you one final chance to celebrate the 2010s in style.

Guaranteed to take you into 2020 with a smile on your face and a song in your heart, Craig Charles Funk & Soul Club will be at Nottingham’s Rescue Rooms playing everything from Smoove & Turrell to The Bongolian.

Relive the biggest and best floor filling anthems from the past three decades at The Garage with The Indie Time Machine – but if you’d prefer something to purely get you in the mood to party, how about heading to Valhalla NYE at Oslo?

Find our full run through of what’s on and where on New Year’s Eve 2019:

Nottingham’s favourite club are taking over Rock City to celebrate New Year’s Eve and bringing with them a wealth of electronic icons. The first headliner has been revealed as BICEP (DJ set) – a DJing duo from Belfast that have sold out venues across the world including the UK, Japan and the US. Most notably selling out three consecutive nights at Printworks in London where they handpicked the lineup for what CLASH refer to as “an epic rave.”

Craig Charles’ DJ sets are legendary in the circles of funk and soul fans. Pulling out everything from The Jackson 5 to Aretha Franklin on his BBC Radio 6 Music show, you can expect more of the same when he heads to Rescue Rooms to perform his ‘funky New Year-Nottingham’ show. Caramello DJs will be opening the event at 8pm before Craig Charles’ set takes us into 2020 – after he leaves the stage, Paradisco DJs and Sir Funk will kick the new decade off in style.

As a continuation of their regular Friday night spectacular, ‘The Pop Confessional’, The Bodega are throwing a huge New Year’s Eve Special with ‘The Pop Corn-fessional.’ Running from 9pm through to 4am, you can party like a movie star with pop bangers playing across two floors whilst turning to the vodka dispensing priest and decade defining fun. Top tip: all event-goers in fancy dress will receive a free shot!

Bristol’s favourite boat will be transformed into a time-ship (machine) with nods to and fragments from the past four decades. You’re encouraged to represent your favourite decade with fancy dress – but do not worry, the venue will be on hand to guide you through the weird, wonderful and outrageous musical trends from the 1970s onwards. Dig deep into your wardrobe and head into the 2020s in style.

OSLO, Hackney, are offering the finest New Year’s Eve party in East London with a special edition of their regular club night, Valhalla. Featuring throwback anthems, party classics and much more across two floors, you can also expect a retro 3D visual bonanza, a confetti laden dancefloor, a fully stocked bar and most importantly – good vibes throughout. OSLO’s bar and kitchen will be open ahead of the 9pm start, so be sure to get down early and sample one of East London’s finest menus.

The Indie Time Machine (The Garage)

Highbury’s legendary venue, The Garage, will play host to everything from The Smiths to The Smashing Pumpkins with The Indie Time Machine on New Year’s Eve. Their resident DJs will be taking event-goers through the decades and reliving the classics (Primal Scream, Bloc Party, Rage Against The Machine and many more) that have sound tracked the past four decades. Fancy dress is encouraged with a particular push to come as your favourite indie rock star. 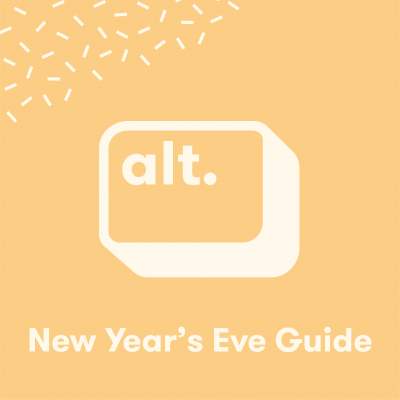