With a sold out show at The Grace and further shows announced for later this year, we catch up with FAVELA to discuss everything from their new record Commensality to their pre-show rituals and which movies they consider binge-worthy.

Firstly – your new record, COMMENSALITY, is out now! Congratulations! How are you feeling now it is out in the world?

Thank you! I’m really excited about it. It’s my first solo record since my debut ‘Community’ in 2018, so it is really nice to get a proper body of solo work out again for people to engage with. I’ve been very ahead of schedule with this one so I’ve been waiting to get it out there!

What can we expect from it as a whole?

It’s definitely a more hopeful record, as it was born out of a time in my life where I encountered a lot of hopefulness after a difficult period, and I got married too around the time I was writing it, so it has many positive associations.

Your new single, Breathing, came out recently – what has the reception been like to it?

It’s been really great, people have seemed to be very excited about it, especially alongside the announcement of the new record. I think people are needing a bit of energy and positivity at the moment, which I hope it brings.

You have some pretty cool shows coming up later this year – how do you approach live shows? Any rituals?

When I play live I have an amazing band alongside me; a drummer playing samples and drum kit, a bass / synthesiser player and a backing vocalist. We try to make the show feel as live as possible, without straying too far from the record. Over the past year or so the live show has really developed and we’ve created new arrangements and re-thought instrumentation on stage, so I’m very excited to play the new material. As for rituals… Pre-show Nando’s, almost without fail. Can’t go wrong.

You announced shows at Gullivers and Oslo due to demand for your show at The Grace – what does it mean to you to know that people are engaging with you even before the new album?

It’s so encouraging to see. I make all of my music from my home studio and in an online world it’s difficult to fully appreciate the impact my music is having on people, and so when my show at The Grace sold out I was blown away! It’s one of those heartening times that I think, ‘wow, there are actually real people enjoying my music!!’.

Master Of None - t’s only two seasons so I’m not sure if that classes as a boxset, but I’ll roll with it as it’s great.

What else can we expect from Favela across 2020?

There are so many things that my team and I have brewing but here are a few things to look out for.. more shows (nationally and internationally), a feature length film about Community, and some online shows, to name but a few… 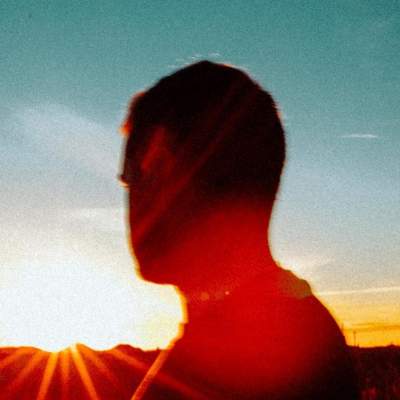