Since 2005, The National have released some of the most spellbinding, heartbreaking, reflective records in the form of Boxer, High Violet, Trouble Will Find Me, Sleep Well Beast and this year’s I Am Easy To Find.

Rarely touching pre-Boxer material over the past few years, it is hard to think of a time when the Ohio-formed alt-rock band weren’t playing some of the most prestigious venues all over the world. However, ahead of their show at Nottingham’s Motorpoint Arena we’ve delved deep into our vault and will be reliving their fantastic show at The Bodega (formerly The Social) from November 2005.

Half a year after the release of Alligator, The National embarked on an intimate UK tour that also visited The Cockpit, Leeds, King Tut’s Wah Wah Hut, Glasgow and Whelan’s, Dublin to name just three.

Now more expected to be sipping wine and crooning through glittery ballads, The National were once as raucous as any band that have played the Pelham Street venue. With the gristly Lit Up, Abel and Available featuring on the set, Berninger and co.’s performances were intense – but the sombre Wasp Nest, Cherry Tree and About Today were integrated into the set to create a brilliant balance of angst and ambience.

Also featuring on the setlist were fan favourites The Geese of Beverly Road (fun fact: they performed this at the wedding of producer Peter Katis and a photo of this performance was used on the cover of 2007 album, Boxer), Looking For Astronauts and City Middle. In hindsight, a show at The Bodega is a million miles from where The National take the ‘Sorrow Squad’ – for example Manchester’s Castlefield Bowl, Edinburgh’s Usher Hall and Los Angeles’ Greek Theatre.

It was an era when The National were appreciated by a niche audience as opposed to the masses – although Boxer was the band’s ‘breakthrough,’ the adoration formed via their eponymous debut, Sad Songs For Dirty Lovers, Alligator and Cherry Tree EP is still there today. Subtly removed from the setlist at most shows nowadays, they are lost treasures that those fans at The Bodega in 2005 will be even more appreciative of. 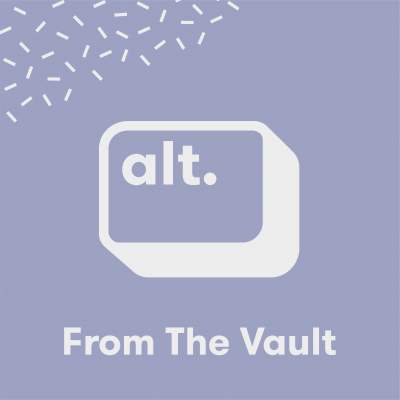