North west outfit Gathering of Strangers are on the verge of releasing new single, No Remorse, and will be celebrating with events scattered around Manchester.

We caught up with the band to discuss everything from the huge homecoming show to where they'd like to be this time next year.

Firstly, you’re heading to Gullivers for a show on 22nd February – how are you feeling ahead of it?

We can’t wait to headline Gullivers, it’s such a brilliant well known Manchester venue that we have played many times supporting other artists, so it’s great to be back again as the headline band!

You’ll be celebrating the release of No Remorse with some events around the city – what can you tell us about what’s in store?

We’ve got a very long but fun day ahead of us! We’ll be starting the day with an interview and session for XS Radio, then heading straight to Affleck’s for an intimate acoustic set before taking the full band for an acoustic show at Manchester Art Gallery. We finish the day with a live electric set at Gullivers! We’re very proud of this song, so wanted to give it a release day to remember!

Over the past year you’ve played Night People, YES and Soup Kitchen – what’s it like being from a city with such strong musical heritage?

We love it in Manchester! We all moved here because of the musical history behind it. We knew this city would help massively when creating the band and it has! The city and people of Manchester are magical.

As musicians we dream of playing these amazing venues up and down the UK, so to be able to start ticking these places off the list is surreal! We grew up watching our favourite bands play at the same venues, so to share the stage makes it extra special.

Of all the venues in the UK (& beyond), which venues do you aspire to headline one day?

We all love The Albert Hall in Manchester! It has a gorgeous interior and we strive to headline that venue in our hometown one day.

What else can we expect from Gathering of Strangers across 2020?

You can expect a lot more music! It’s time to give people our music. We are also planning to continue to gig as much as we can and venture out to new places we’ve never been before, so keep an eye out. 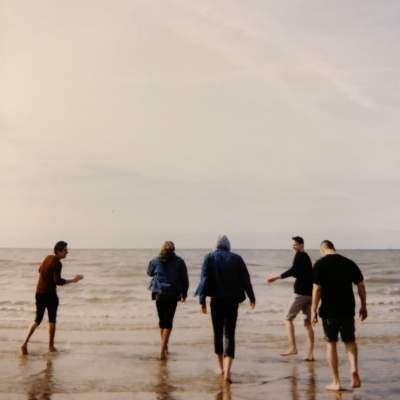