California indie-rock outfit Giant Drag are currently embarking on a UK-wide tour. Branded as 'The Resurrection Tour', they are playing some iconic venues around the country - we caught up with Annie Hardy about all things tour and what she loves most about the UK.

Firstly, you’re playing quite a lot of shows across the UK – how are you feeling ahead of those?

I’m feeling nervous. Everything is a bit ramshackle and disasters abound, but I’m going to pull it together at the last minute!

You’re playing some iconic venues on the tour – including Brudenell Social Club and Thekla – which of the shows are you particularly looking forward to?

I’m looking forward to playing in Bristol because that was the best gig of the last tour. I’m pretty excited to play anywhere where there’s a Greggs nearby because I fucking love Greggs!

What can we expect from the shows? Will it be exclusively Giant Drag, or will you be dropping in a few tracks from your solo record, Rules?

It is going to be all Giant Drag! I don’t know if people are aware that after the farewell tour I took the band for one more tour in America. Some of my favourite Giant Drag songs to date came out on the Band Car EP - songs like “Battle Cry,” which sounds great in a live band scenario, so it’ll be everyone’s favourites plus new barn burners they’re sure to love on first listen.

Giant Drag were referred to as “one of the unfairly forgotten bands of the 2000s” by NME – do you think more bands are being “unfairly forgotten” due to the rise of streaming and the throw away nature of the industry?

I’m sure plenty are, but there are even more bands that are great and will never be discovered because the market is flooded with home recorded garbage. The good thing about it is I feel freer to release my home recorded garbage. In fact my new solo EP ‘SAVES’ just came out exclusively on Band Camp yesterday, go check it out!

You’ve branded the UK run as ‘The Resurrection Tour’ – how important do you think it is to relive the tracks from your past – both personally and for the fans?

I think the old songs are an important part of my history that until recently I would’ve been content to toss into the trash, but now I have integrated the past into the present and even though they’re not my favourite to play, all of the classics are on the set list.

What are your favourite parts of coming to the UK – both for shows and for your personal interest?

My favourite part of coming to the UK is the fans who seem to have such a bigger and better appreciation for quality music. The fans here are markedly different than in America. People really are great fans in the UK. I love the UK and I’m always stoked to come have PG tips, Greggs, full English breakfast and Ribena. I love shopping at Primark and secondhand shops and I just love this place.

Tickets for the remaining Giant Drag dates can be found here. 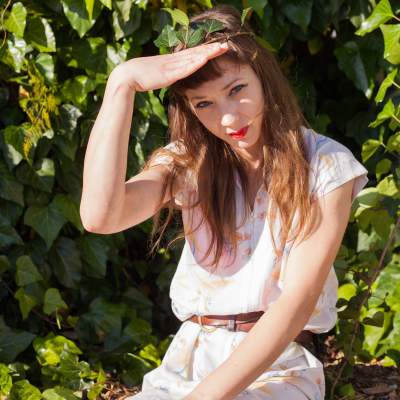