As 2019 - and the decade - comes to a close, we are rapidly approaching award and list season and this week we are absolutely delighted to announce that many of our favourite artists are amongst the nominees of the forthcoming 62nd GRAMMY Awards.

Lana Del Rey is up for selection for two awards; the prestigious Album Of The Year with Norman F***ing Rockwell, and Song Of The Year with the title track from her sixth studio LP. Her captivating live performances have escalated her to arena status, and she will be performing tracks from the GRAMMY nominated Norman F***ing Rockwell as well as fan favourites Blue Jeans, Video Games and Born to Die.

Yola’s triple nomination is perhaps one of the most deserved at this year’s awards. Faraway Look – a blissful, country track that Rolling Stone have described as feeling “both new and old, like you’ve heard it in an old movie before or on your own car radio” – has been tipped for Best American Roots Performance and Best American Roots Songs. It is not only this track that has been recognized; she has been nominated as Best New Artist, proving that her signature sound is one people are raving about.

Brooklyn indie-come-folk band Big Thief have been nominated for Best Alternative Music Album with their first album of 2019 – U.F.O.F., which preceded Two Hands by five months. Given 9.2/10 by Pitchfork and described as “a mesmerizing flood of life filtered down into a concentrated drip.,” Big Thief’s allure is as equally hypnotic as it is uplifting.

Lewis Capaldi – Song Of The Year (Someone You Loved)

2019 has been incredible for Scottish singer songwriter Lewis Capaldi. Breaking through in the United States by topping the Hot 100 with Someone You Loved – the same track that has been nominated for Song Of The Year at this year’s GRAMMY Awards – after going three times Platinum in the UK, he has enjoyed sold out tours across Europe even before the release of debut LP Divinely Uninspired to a Hellish Extent.

Giving full focus on sounds rather than beats, LP5 is an exploration of sound for electronic icon Apparat. With chilling, ambient soundscapes throughout, Sascha Ring has drawn comparisons to everyone from Aphex Twin to Bon Iver on LP5 - accolades and nods to such artists aren't thrown around, but as proven across 11 tracks, Apparat is not just a throw away artist. 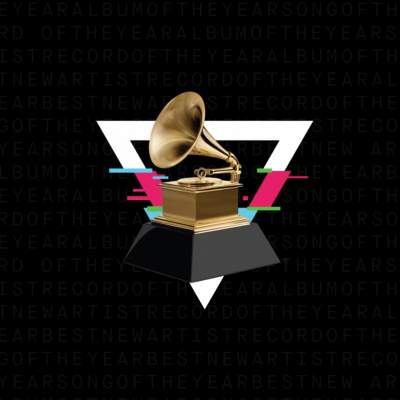