**THIS INTERVIEW WAS FIRST PUBLISHED BACK IN 2017. Tickets for Happy Mondays' Greatest Hits Tour 2019 go on sale this Friday at 10am. Buy your tickets here!**

Ahead of the Happy Mondays' UK tour in November and December to mark the 30th anniversary since the release of their debut album, we had a chat with the lovely Rowetta about meeting David Bowie, who her local heroes are, and her favourite Happy Mondays memories.

Happy Mondays are going on tour to celebrate 30 years since the release of the first album, what are your pre-show rituals before you go on stage?

Usually I like to be on my own to be honest, because with the band it gets really lively. Bez always brings a big posse of people backstage and I don't like seeing people or hanging out with people until afterwards because I've got to do makeup and girly things. I just like to sit and chill, maybe do a bit of social media, have a couple of pictures with the band but really as quiet as possible for me before I go on and then save all the energy for onstage. That's the plan anyway, that's what I try to do!

What are your earliest memories of playing with the band?

I first joined in March 1990, they'd been going a few years by then and the first song I did was Step On so I've got loads of memories of that because I wanted to sing with them for so long. I probably hung around with them for about six months and just worked away in there, I was focusing, I had a mission and knew I wanted to join this band. I just had to persuade the manager and get to know the lads a bit, just before Step On I invited Nathan (Happy Mondays' manager at the time) to come to a gig to come see me sing at Legends, where they filmed 'Wrote For Luck', and he loved it. So a couple of weeks later, I got a phone call to go to London to see Paul Oakenfold and Steve Osborne and sing on Step On. Those are the things I remember the most! As soon as I heard the song, I knew it was going to be a hit. I did a gig with them a few weeks later, I'd seen them at smallish places, they were more of a cult band but my first gig a few weeks later, it was GMEX and then we were doing Wembley and Top Of The Pops and all these things I'd never have expected to do. I wanted to sing in a band because I loved the music, I loved everything about them but I didn't do it to be a big star, I just didn't expect it. Step On went staright to number 5 so all those are great memories at the beginning.

Did it take you a while to get used to playing the stadiums and arenas?

I've always found the bigger the audience, the better! I'd sung in talent competitions and was doing well, so I'd sung at the Palladium and I've always felt really comfortable in big places, I find it harder to sing at somebody's birthday party with ten people there and I don't know why! The more the better for me. I think sometimes it can be too much, like Glastonbury, you can't really see all the way back but I buzz off the atmosphere.

I saw you at this year's Glastonbury with Hacienda Classical and it was amazing, it was the perfect way to start the day!

Events like that, some people get really nervous, even Hooky (Peter Hook) still gets nervous about things like that and Mike Pickering gets really nervous, I buzz off it and I just can't wait to get on. I would be more nervous probably just singing in front of one person. Sometimes I've gone into hospitals and you just don't want to get the words wrong if somebody's asked me to do something special, I'd be more nervous about doing that than singing at Glastonbury. Glastonbury, it wasn't my first time on the Pyramid Stage, but it's special every time! I did the Mondays when David Bowie was there and he was in the room next to me and I couldn't believe it, I was in heaven. He was stood at the side when we went on that time so I've had some great memories. David Bowie standing watching you and I remember coming off after Hallelujah and he said 'That was really eclectic'. I've never really been speechless or starstruck by anybody as much as him. I couldn't open my mouth or string a sentence together and he was so friendly with everybody, he couldn't give enough time. I had a couple of friends who came along to meet him specifically and they were sat outside my dressing room waiting to see him and he just came out and start chatting, he was so friendly. We were very lucky that we were doing what we were doing but I think that's one of the highlight of my anything.

You're of course playing Manchester on the tour, what are those hometown shows like?

They're really incredible! There are certain places that are great to play, obviously Manchester is going to be always special. It seems even more special now that people are looking upon Manchester in a different light I think and seeing what we're really like and we've become a very proud city, which we should have been anyway but I love that about it and I also love the venue we're playing. It's where I saw Prince last time, I saw him was at the Academy so it's special for me and I just love that venue. Mondays played there on the last tour and I thought it was a fantastic gig, they're the sort of venues I like playing, where you can actually feel the people. At some of the festivals, you do get a bit lost within the crowd. But places like the Academy I just buzz off and it's always rammed and full of people wanting to dance and relive their youth. I love it!

Manchester has an amazing musical history, which you're apart of, who would you say are your hometown heroes and why?

Hometown heroes? Mine are all football related. Alex Ferguson and Eric Cantona and they're not even from Manchester! Anybody's who's done well from Manchester and I tell you what, there's not enough girls that have done well. So I'd like to see more girls be hometown heroes but I love Liam Gallagher, Ian Brown and The Stone Roses. The Stone Roses, the way they've represented the city and kept the mystique for many years and came bang with a boom! I remember when Heaton Park tickets went on sale, everyone wanted to see them and that's when we reformed because The Stone Roses had been so popular. Offers came in because people wanted to see us together as well, so we're grateful to The Stone Roses. People wanted to see them even if they didn't really know about them, I love that. That's because of the mystique and everybody enjoyed themselves at Heaton Park regardless of the music in the end, because it was more of an event and they're playing better than ever. I also appreciate people who stay in Manchester, I know it's difficult but at least have a home base here.

Peter Hook and Joy Division, I sing with Peter Hook a lot with Hacienda Classical, but I also do a lot of Joy Division stuff with him and we also brought out an EP in 2011. That's an honour to sing Joy Division songs and I think Ian Curtis is just such a genius and he's probably one of my hometown heroes. When you sing songs like that, you realise how intricate the melodies and the lyrics are. 'Colony' from the album 'Closer' is one of the most amazing songs so I'd say Ian Curtis is my hometown hero out of everybody.

Which Happy Mondays track do you most enjoy playing live?

I let myself go the most on 'Bob's Your Uncle' but I do love them all. 'Bob's Your Uncle', I turn that into a dance tune now with the band. I've written a little bit for myself and just love it and the crowd goes for it, it turns into a proper almost a house tune, so I like that because we've just changed it up over the years, it really does sound like something from today. But I do love them all! There are tunes that I'm hoping will make the tour that haven't yet, maybe from the 'Yes Please!' album, maybe 'Stinkin' Thinkin', maybe 'Angel', that I love singing that we haven't done since 1992, so I'd love to do them and change them up a bit. I love doing the 'Bummed' tour the last time we did that because I wasn't on the original album and I was told just to sing where you want. So I pretended, If I was in the band, what would I have added to this tune? So I was glad to do what I wanted on those and I really enjoyed doing that. There'll also be some surprises on this tour and keeping the songs fresh is important to all of us. I think they still sound great today, they are classic tunes and they've really stood the test of time. But it's like picking one of your children!

Now for some quickfire questions!

What's your favourite UK venue? I love Glasgow Barrowlands, I haven't played there for years but that was always my favourite. I loved the Royal Albert Hall, that was amazing obviously, the second time we sold it out as well so that's really really special. It was great just before we went on stage Bez is going to me 'Row, we've made it!' because we were walking on stage at the Royal Albert Hall and to sell it out again is amazing. But Wembley Stadium is pretty amazing as well. If you said which was my favourite Manchester venue, I'd struggle with that one!

What's your pre-show anthem? I don't really listen to much music before we go on, I'm always just thinking of tunes, if I'm working on tunes, I'll listen to that and get inspired for the gig. I'm more silent, I'm a bit rubbish like that. I always have people going 'let's put some tunes on' and it's probably not the tunes I'd really want to listen to and they sing along aswell which I find really annoying, I don't like loads of noise before I go on!

And finally, why should someone buy a ticket to see Happy Mondays tour in November & December? Because we're better than ever and getting on better than ever. But the music is better than ever and that's what it's all about. If you liked us the first time around, it's better now honestly. Everyone's really well and enjoying it more and we're hoping there'll be a few surprises. But what happens with the Mondays gigs, the next day when they see it on their social media, they say "s**t I didn't know it was on", so you don't want to be one of those people! Whenever they see the pictures, they always say "that looks amazing" but you know what you're getting with us!

Happy Mondays head out on an extensive tour in November and December to mark the 30th anniversary since the release of their first album. Tickets are on sale now! 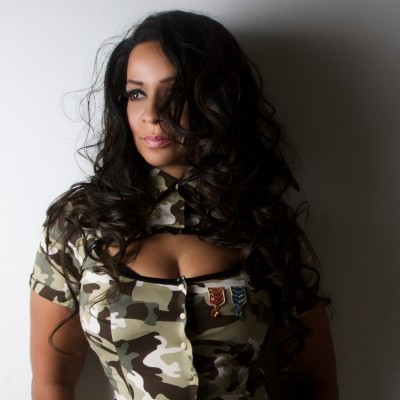