Fresh from releasing his critically acclaimed EP 'I'm Not Alright', John Joseph Brill had a chat with us about his band days, the release of his new music and his upcoming UK tour!

For those who haven't heard your music yet, how would you describe your sound?

I mean, it's effectively singer-songwriter music but washed in loads of synths and played on electric guitars!

You used to front the band 'Burning Beard', how different was this to your solo work?

Burning Beard made much heavier music than the kind of thing i'm writing these days. It's interesting, chatting to other singer-songwriters and finding out that they come from similar heavy backgrounds, for some reason we've all mellowed out a bit...

You've played loads of incredible venues all over the world. what's your favourite venue to play?

That's really hard but probably The Paradiso in Amsterdam, I never get bored of it. It's a stunning, deconsecrated church set on a canal.

You released your brilliant ep 'I'm Not Alright' back in July. Talk us through the themes of the record and the process of recording it.

That was a tough record to write. I'd just been through a break up and i was coming to terms with moving to a new city and readjusting to life on my own. Recording the EP, however, was a very cathartic process. Myself and my producer Davie (Bear's Den) holed ourselves away for nearly a month and invited a bunch of our friends to come in and contribute parts. I was incredibly warmed by the camaraderie. It was a special time.

You're heading out on an extensive UK tour kicking off next month. What can we expect?

It's going to be fucking great. I can't wait. It's going to be a proper rock show this time. We've got a great band, synths, loud guitars, our very own hot Carl on the drums. I'm really excited for people to hear the songs this way.

Can we hope for any more new music from you soon?

Yeah! we have a new single out today in fact. It's called All Eyes and it's available everywhere right this minute!!

Last gig you went to: LCD Soundsystem
Last album you listened to: Big Thief - Capacity
Pre-show anthem: The Flamingos - I Only Have Eyes For You
Why should someone buy tickets to your tour next month? Hot Carl on the drums...

Tickets to John Joseph Brill's UK tour this November are on sale now! 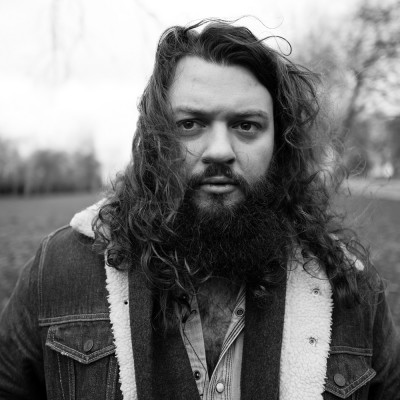