JOHN are about to embark on a UK tour in support of latest record, 'Out Here On The Fringes.' Their sound has been described as "storming guttural stuff" and "primal, raw and angry" and their live performance is very much of the same. Intense from start to finish, we caught up with the duo ahead of their run of shows.

Firstly, you’re heading on a UK wide tour earlier next year – how are you feeling ahead of these shows?

After the response to last October’s release run (supporting the new album ‘Out Here On The Fringes’) we’re really excited to get back out again. We’re lucky to be visiting a bunch of great venues that we haven’t visited, so it’ll be interesting to play uncharted territory to relatively new audiences.

Out of all the shows, which are you most looking forward to and why?

It’s hard to choose between children to be honest, I’m sure they’ll all have their specific charms. We’ll be playing our largest headline in our native London at Oslo, Hackney so that’ll be exciting.

‘Out Here On The Fringes’ was released earlier this year – what has the reception been like to it?

It's been a really humbling reception. Having released it on our own label, we’ve been able to see how the album has began to spread across the world. It’s also been great to see it included in a handful of end of year lists (including Rough Trade). Basically, it’s just really encouraging and dangles the carrot to continue writing the next material we have up our sleeves.

Everyone from Simon Pegg to BBC Radio 6 have championed your sound – how important do you think it is to have this kind of backing?

I can’t say we ever expected it, but it’s once again just very gratifying to find an audience who seem to want to support the music and invest in it. In Simon’s case, we were both fans of his writing when we were growing up, so it’s nice to get critical validation from creative thinkers who you respect. Regarding its importance, I think you just have to concentrate on making thoughtful decisions when writing, the backing is secondary to creating art or music you believe in.

Over the years you’ve spent on the road, what has been the most valuable piece of advice you’ve received?

‘Don’t fuck it up’, courtesy the talented Andy Falkous of Mclusky/Future Of The Left/Christian Fitness - whom we’ve had the pleasure of sharing stages with on several occasions this year. It might sound both witty and flippant, but it’s certainly given me a lot of food for thought as we continue this journey known as JOHN.

On a similar strand, what advice would you give to somebody about to head out on tour for the first time?

Be considerate, work hard and look after yourself. Remember that you’re there to do your songs justice, no-one else will or can.

You were recently announced for Sunstroke Festival alongside the likes of Faith No More and Deftones – if you were to curate a festival who would be headlining?

I can’t speak on Johnny’s behalf (Guitarist in JOHN) - despite us both being fans of Deftones from our childhoods. But if it was my choice, I’d probably have Protomartyr play every song they’ve ever made in chronological order. I’m sure they’d hate that, but they don’t get the choice do they?

Is there anything you’d like to add ahead of the shows?

We’re really looking forward to seeing everyone who has already grabbed a ticket (thank you). For those who haven’t yet, we’re a live band and I like to think the songs really begin to make sense in that setting. We’ll also be joined by the excellent organisation Safe Gigs For Women for many of the shows, so we hope that the shows are a welcoming environment. 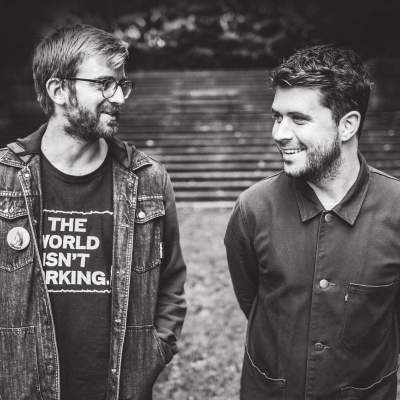