Best known for the emotionally charged Say You, Say Me, Easy and Hello; Richie heads to Wrexham Racecourse Ground on 4th June and Cardiff Castle on 2nd August.

His sensational performance to over 150,000 people at Glastonbury Festival in 2015 was the largest crowd that year (the same edition that Kanye West, The Who and Florence & The Machine headlined!) – proving that there is still a huge demand for his soulful ballads.

His 'All The Hits' UK-wide tour in 2018 was greeted by massive crowds across the country. Playing everywhere from Carlisle to Hove, London to Perth; tickets for Richie's energetic live performances continue to be some of the most sought after for music fans all over the world.

Lionel Richie has won four Grammy awards and enjoyed commercial success via Motown Records in the 1980s before going on to release some of the most iconic love songs of the 20th century.

Cardiff Castle has hosted some of the biggest acts in the world in recent times, including PINK!, Beyonce and Elton John. Wrexham Racecourse Ground has given fans the likes of Stereophonics, Jake Bugg and Olly Murs.

Tickets go on sale on Friday 22nd November at 9am. 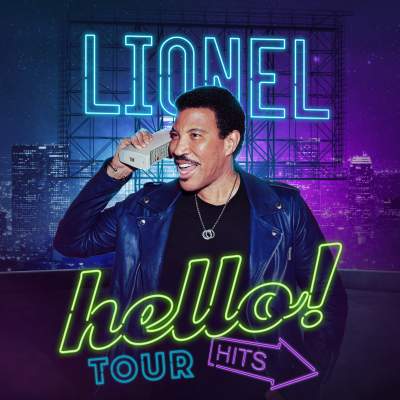