Massive Attack have announced a hometown show in Bristol on Friday 1st March as part of their MezzanineXXI tour!

Housed in a special custom built indoor venue, Steel Yard Bristol, MezzanineXXI will be a totally new audio/visual production, reimaginging the hugely influential album twenty one years on from its release. Featuring Elizabeth Fraser and designed by Robert Del Naja, collaborators will be announced at a later date.

Tickets, as well as coach and parking packages, will go on sale on Friday at 10am. Set a reminder! 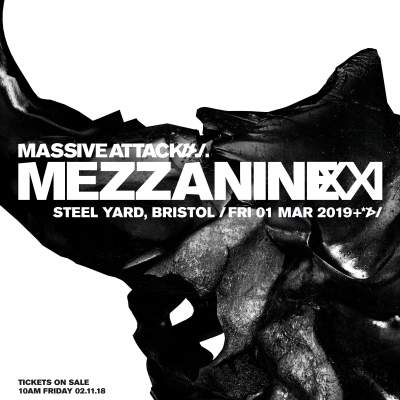