Since this year's festival season was a bit of a non-starter, we're filling the gap by daydreaming of our perfect festivals. So in the first post of a new series, we're asking some of our friends to plan their ultimate festival, from line-up and location to food and drink!

First up, Rock City Promotion Supervisor Taylor Archer talks us through what would be her Dream Festival!

Would you go to Taylor's festival? Let us know on our socials!

While the pandemic may have hit pause on gigs, concerts, and festival this year, it hasn’t stopped me from reminiscing about all the good times had. The last several months has seen me escape once or twice into the thought of my own dream festival, where I am more than likely lost in a field with music coming from every direction as my friends frantically try to locate me. My ultimate festival is a tricky thing to narrow down but first things first, what’s the one thing that gets you pumped for a festival despite it still being like six months away? That’s right. A line-up. This part of conjuring up my own ultimate festival is undoubtedly the hardest.

For the first of my five acts I've chosen Ariana Grande as she is my all-time favourite artist and I have yet to see her live and have dreamt of seeing her perform for years now. The vocal range and performance skills that girl possesses is unmatched.

There’s nothing I love more than chill indie music and Rex Orange County has been the soundtrack to the many books I have consumed over lockdown and from seeing his NPR Tiny Desk set, I have fallen more in love with his voice, music and overall vibe.

Next up, for a bit of a twist with some alternative rock, I’ve chosen All Time Low. They were one of my first concerts when I went with my mum to see them perform in Belfast. They definitely hold an incredibly special place in my heart and their music provides the perfect energy when I’m in the mood to headbang in my bedroom until I get whiplash.

In terms of up and coming, I’ve chosen Arlo Parks to perform at my ultimate festival. I saw her support Loyle Carner at Rock City and I’ve been obsessed ever since.

My last addition is a specific one. For my ultimate festival, I would want early, 1990s Britney Spears to perform. We’re talking full out, over-the-top choreography to match the absolute bangers of ‘…Baby, One More Time’ & ‘Oops!...I Did It Again’. During lockdown I have found myself down a rabbit hole that involved a lot of listening to All Out 90s on Spotify, which if you haven’t done so, I highly recommend. Therefore, I re-discovered some of the most iconic music videos from the likes of Backstreet Boys, Spice Girls and Britney Spears

Along with a fantastic line-up, my ultimate location for this festival would be somewhere relatively warm but that involves plenty of muddy fields as there’s nowhere better for a festival. While sleeping in a tent isn’t my favourite place to sleep, you can’t deny the incredible feeling that comes from waking up bright and early and dancing the day away with your friends despite the immense back pain you’re undoubtedly suffering from.

My favourite festival was Longitude Festival in Dublin. It was my first which is why I think I favour it so much. I went to Longitude four years in a row and my first one was with all my best friends. I remember us making the four hour drive to Dublin with my friends and I packed like sardines into a Peugeot 207 along with all of our bags. It was honestly one of the best weekends of my life. From this festival also comes one of my favourite live performances which was Stormzy’s. His performance came when he had become super popular, so the electricity of the crowd was insane. Yes, at one point I did think I was going to die from how intense the crowd was jumping and throwing themselves around but that’s all part of the experience and thankfully I live to tell the tale.

At this current time, who knows when we’ll next be drunk in a field listening to our favourite bands and artists. All we can do now is hold out hope and keep our fingers and toes crossed that summer 2021 will see me as happy as I am in the picture below! 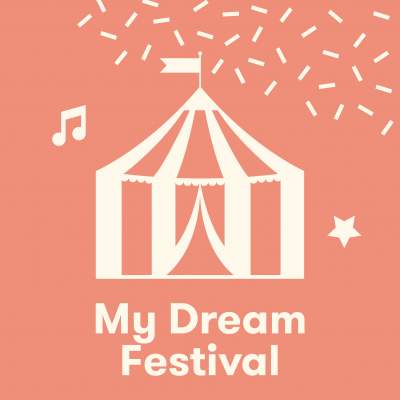