We’re back with the first New Music Friday feature of the year (and the decade!!) and there are plenty of treats in store.

Described by Gigwise as possessing “deep lyrical meaning, excellent vocals and unforgettable chrosus,” Gabrielle Aplin has always strived to show that she is more than just the voice behind a John Lewis advert (The Power of Love, 2012). With 2013 debut LP, English Rain, she introduced herself as an acoustic singer-songwriter and pulled on the heartstrings of the public with Home, Panic Cord and Please Don’t Say You Love Me. Now, 7 years on, Aplin is back with Dear Happy – an uplifting pop record that on the surface seems a million miles away from her roots.

Straying away from the tracks that cemented her place as one of the most blissful musicians of the 2010s is a bold move, but Aplin doesn’t completely rip up the rule book – instead reverting back to the slow tempo ballads of My Mistake and One of Those Days.

Pinegrove’s distinct sound is back in the form of Marigold – an eleven-track collection of hearty ballads and crunching acoustic bliss. Their first record via Rough Trade Records is an elegant development from their previous albums and since their ‘comeback’ single, Phase, they have shown that they are still very much staying true to their iconic sound.

Clocking in at just under 40 minutes, the New Jersey outfit have never been a band to put out lengthy ballads – instead, keeping things short, sweet and to the point with trivial lyricism and complex music wrapped neatly in a country-twang blanket. Marigold is exactly that – it is what we expected and executed brilliantly.

Returning with her first full length record in two decades, Louise has just dropped Heavy Love. The first single, Stretch, has been referred to as “her best single yet” and having revitalized her music career via starring in the West End’s 9 to 5 musical, there is no denying that Heavy Love has been worth the wait.

Switching between soul and r&b, the record sees collaborations with Clean Bandit, JoJo and RAYE to name just three – but Louise has been involved in co-writing most of the material. Drawing comparisons to the likes of Mariah Carey, Ariana Grande and Janet Jackson – Louise has avoided rushing back into an unforgiving music scene and instead timed her return perfectly.

…And You Will Know Us By The Trail Of Dead - X: The Godless Void And Other Stories

Texas experimental outfit …And You Will Know Us By The Trail Of Dead are back with ‘X: The Godless Void and Other Stories.’ The Opening Crescendo is exactly what it says – building an eerie atmosphere before 11 further tracks take us on a journey through instrumentation, unexpected turns and lengthy anthems brimming with sharp hooks and riffs.

Not overcompensating for a lack of new ideas on their 10th record, And You Will … “prove that its possible for the duo to summon up genuine atmosphere without bogging down the songs with overcooked compositions” (DIY).

Buy your And You Will Know Us By the Trail of Dead tickets here.

Torres’ latest offering from forthcoming LP, Silver Tongue, has been revealed in the form of Dressing America. Four minutes long and packed with sentimental lyrics and themes of pining and escapism (“I tend to sleep with my boots on should I need to gallop over dark waters to you on short notice”), Mackenzie Scott, aka Torres, describes it as “an ode to every sacrificial act of love.”

Lauran Hibberd is no stranger to tongue in cheek lyrics within her slacker pop sound – and latest single Bang Bang Bang certainly follows suit. With lashings of 80s pop, skater-rock hallmarks and in-your-face attitude, Hibberd told Dork that the track is “my ode to the teenage girl. It’s the cycle of going back to the same person even when you know you shouldn’t.”

Hibberd premiered the song on Jack Saunders’ BBC Radio 1 indie show – another high-profile championing for Hibberd who has a run of live shows next month, including dates in Bristol and Nottingham. 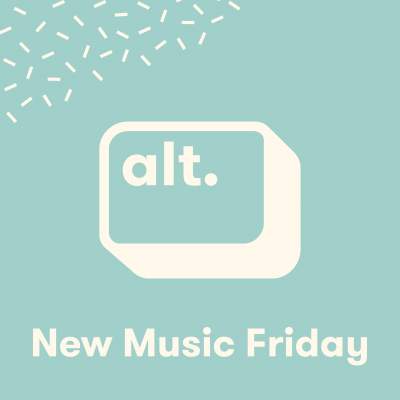 Gabrielle Aplin Tickets
Pinegrove Tickets
Louise Tickets
...And You Will Know Us By The Trail of Dead Tickets
Torres Tickets
Lauran Hibberd Tickets