Another Friday means a whole host of new music released for your listening pleasure! This week, we check out new albums from Kid Kapichi, TV Priest and Black Country, New Road, plus a new single from The Armed!

The Armed – All Futures

Having just announced UK Tour dates for October 2021, Detroit hardcore collective The Armed, have also released the first single from their upcoming third album “Ultrapop”; their first since 2018’s “Only Love”. The single is an anthemic hardcore belter, with an infectious beat and the incorporated synthesizer & pop music sounds that have become part of the group’s signature, as they continue to fuse a new angle to their punk sound.  The track comes accompanied by a live video of the 8-piece band performing the 3 minute tune with their standard maximum high-energy, a version that sounds pretty much the same as the recorded studio release, thus giving promise that those October dates will be absolutely phenomenal.

Buy your tickets for The Armed at YES Manchester here.

With their debut full length, TV Priest have released a record that fits perfectly into the catalogue of the current post-punk wave. The album opens with a smattering of thrashy guitars, swiftly followed by frontman Charlie Drinkwater’s sing-speak lyrics of cultural commentary and the mundanity of modern life, falling right into their genre’s trademark sounds. As it progresses, “Uppers” flows from typical post-punk, distortion-driven sounds, into some more conventionally melodic tracks, still maintaining the quick-witted & sharp lyricism that has come to be expected from the genre throughout, while musically swaying gently towards psychedelic and ambient sounds. Ultimately, "Uppers" culminates in a crescendo-ing closer, that further showcases their musical ability as it lifts and lifts through its full seven minutes.

Black Country, New Road’s debut album clocks in at 40 minutes across just 6 tracks. Opening to an instrumental piece (titled Instrumental); a song that builds and builds through its 5 and a half minutes, generating a general sense of unease & weirdness over its frenzied drums, brass & strings, setting the scene for the next 35. Their post-rock sound across the rest of album is full of jazz-inflictions; the band has a saxophonist, and would probably neatly fit under the post-punk genre umbrella. At times the songs also cross into sounds of grunge and the post-hardcore stylings of bands like La Dispute & Touché Amoré, that comes with the spoken word delivery of their lyrics. With just two singles released, the 7-piece band had been touted as the best new British band by multiple taste-makers, and with this first full length now on the table, it is easy to see why.

Kid Kapichi – This Time Next Year

Following two EPs, first in 2018 & second in 2019, “This Time Next Year” is Kid Kapichi’s first full length record. Their heavy rock sound is reminiscent of artists such as Frank Carter and the Rattlesnakes & Slaves (both of whom Kid Kapichi have shared stages with), and anyone who’s seen either of those two touchstones will, from the very first riffs of this album, easily be able to imagine themselves in a pit, thrashing to these tunes on a drunken, hazy, summer afternoon (yep, we’re still pining for festivals as well!). Every track on this debut album is immensely bopp-able with catchy riffs and shout along anthemic lyrics that seem built to be performed live. 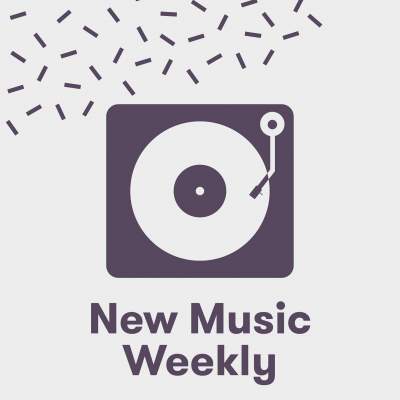