Friday is here once again, and this week sees a load of brand-new albums from some of our absolute favourites.

Bold post-punk, female trio, PINS release their third full-length LP 'Hot Slick', via their own Haus of PINS label. The vibrant album is filled with neon synths, loud guitars, and cheeky melodies that mirror the group’s new boldly-hued imagery and create the sound of a girl gang refreshed and amplified. 'Hot Slick' features a trio of recently released singles: the glitchy and cathartic title track (produced by Jamie Hince of The Kills) and anthemic 'Bad Girls Forever' (produced by Rich Woodcraft) as well as the high-heeled skittering beat struts of 'Ponytail'.

The 10 new original tracks found the trio of singer / guitarist Faith Vern, guitarist Lois MacDonald and bassist Kyoko Swan welcoming a rotating cast of collaborators following the departure of their original rhythm section. Rich Woodcraft oversaw the entire project as producer and engineer, while Jamie Hince and Dean Horner contributed additional production and Nathan Saoudi of Fat White Family lent his talents on the keys. The resulting album highlights an expanded soundscape with nods to influences such as Soulwax, LCD Soundsystem, Suicide, and New Order.

Lewis Watson – The Love That You Want

Recorded over the course of a year with producer / engineer Richard Wilkinson (Bombay Bicycle Club, Lianne La Havas, Honne) at his studio in Tufnell Park, 'The Love That You Want' is the confident sound of a duo working at the top of their game, pushing each other to create a truly special album that should take the highly successful yet somewhat still undiscovered Oxford musician to much broader audience. Aside from the strings, Lewis and Richard play every instrument on the album.

Bryde - The Volume of Things

Bryde returns with her new album 'The Volume of Things'. The title refers to the bombardment of modern life. Each day is a new avalanche constantly, we're overloaded with new information, and distracted by constant notifications pinging on phone screens. Everywhere we turn, there are millions of choices to be made: what to do, what to buy, where to go. Despite being hyper-connected through the tiny portals in our pockets, finding raw, interrupted connection remains just as difficult, if not more so. These are the challenges that Bryde's second record grapples with. Ultimately, 'The Volume of Things' journeys towards a quieter way of living and tries to sift meaning from the white noise. Bryde - or Sarah Howells, to her friends - grew up in the sleepy Welsh seaside town of Milford Haven.

Nicole Atkins releases a new album, 'Italian Ice', through Single Lock Records. Atkins recorded 'Italian Ice' at the historic Muscle Shoals Sound Studio in Sheffield, Alabama with legendary session players Spooner Oldham and David Hood who were part of the famed Muscle Shoals Rhythm Section (The Swampers). Also joining Atkins were Binky Griptite of The Dap-Kings, Jim Sclavunos and Dave Sherman of Nick Cave and the Bad Seeds and drummer McKenzie Smith. Along with Daniel, guests on the record include Seth Avett of The Avett Brothers, Erin Rae and John Paul White.

Co-produced by Atkins and Alabama Shakes’ Ben Tanner, the 11-track album features co-writing credits from Carl Broemel of My Morning Jacket, and Hamilton Leithauser as well as Daniel and Sclavunos. 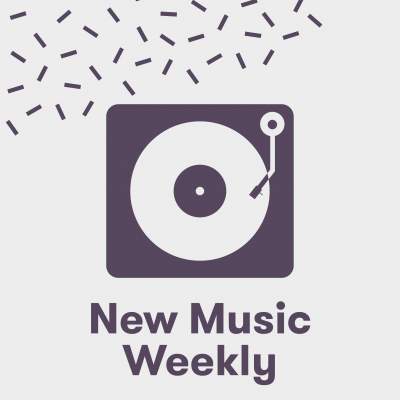