Oh My God! It's The Church interview!

NewsInterviewsOh My God! It's The Church interview!

Following the release of their debut album 'Genesis' last month, we caught up with Reverend Michael Alabama Jackson from Oh My God! It's The Church to chat about the recording process, what makes a great live show and the band's ambitions for the future. He also talks us through his top entertainment picks for keeping entertained during lockdown! Check it out below.

You released your debut record ‘Genesis’ over Easter, have you got any highlights from the recording process?
We were halfway through a UK Summer tour when we went in to record 'Genesis', and so we only had a week in the studio to squeeze everything in, before heading back out onto the road - safe to say the schedule was tighter than Simon Cowell's trousers.
Anyone who's been to one of our 'Services' will know that things often get quite out of hand, as we're an excitable bunch - so with this in mind we were looking for somewhere remote and free from the Devil's distractions to record - and so we found Middle Farm Studios in Devon - a Goddamn Musical Miracle run by the sonic monks Pete Miles and James Bragg - fully stocked with more insane musical machinery than Quincey Jones' guesthouse.
7 Days, 14 Musicians, 1 crashed tour bus and all the holy wine within a 5-mile radius - 'Genesis' was born.

How would you describe an Oh My God! It’s The Church show to someone who has never seen you live before?
Unpredictable! Once we're up on that stage it really does feel like anything can happen - and it has!
Imagine all the best church services you've seen in the movies: outrageous sermons, trampolining choir girls, bucket loads of absinthe, and an incredible band.
When you ask anyone who's been to our services before, they all say the same thing - you just have to go to fully understand!
It's mostly an excuse for us and our audience to forget about the world outside for an hour or so and drink, dance and have a great time.

You’ve achieved a lot with your live shows, touring around the country and playing various festivals – do you have any ‘bucket list’ tour or festival goals?
We've been lucky enough to perform to hundreds of thousands of people all over the world over the last few years, but our mission is far from complete!
GLASTONBURY - still for many the greatest show on Earth, and one we've been fortunate to perform at on a few occasions - but there's always a bigger stage to play - and after this year's event was postponed, if there are any artists who can't make their Pyramid Stage slot in 2021 we're prepped to bring Sexy Jesus to the masses - I'm talking to you Emily Eavis!
LAS VEGAS - City of Sin! If anywhere on Earth needs an alternative church service to party their way to paradise and absolve their sins it's Vegas. We are eyeing up a residency there one day - just pay me in bourbon and casino chips - Hallelujah!

What do you think makes a great live music experience?
Connection! - The greatest live shows, whether one artist with an acoustic guitar in a bar or a full production festival performance - rely on the audience connecting with the performance and vice versa!
That is something that lies at the core of everything we do at Oh My God! It's The Church.

3 Albums - you need music for every emotion you might be experiencing through these tough times.
Sadness/Reflection -  Portishead - Glorybox - A great band from one of my favourite UK cities Bristaay.
Happiness/Uplifting - The Godfather James Brown. Any James Brown really. But you can't go wrong with "Say It Live and Loud" a live recording from 1968 or the soundtrack to the James Brown Biopic 'Get On Up'
Angry/Motivational -  Whether exercising, fed up, frustratified, there's nothing better to blow away those cobwebs than to let it all out in your living room to Rage Against The Machine. Again for me any album will do, but their self-titled debut is still as powerful today as it was back in 1992.

Movies -
"Peanut Butter Falcon" left me with tears in my eyes and a glow in my belly
"True Romance" The greatest Tarantino movie that never was, and quite possibly my favourite movie of all time.
"Blues Brothers" - Cheesy, bizarre, an out and out classic. A road movie featuring performances from James Brown, Aretha Franklin, Ray Charles, Chaka Kahn, John Lee Hooker and so many more, plus an infinite amount of 1980's car chases - Amen to that.

Podcast - S-Town" - This is hands down the greatest podcast (and some of the best journalism,) I've ever listened encountered. I may be biased because it's based in my home state of Alabama, but seriously it is a mindblowing TRUE story. Starting with a caller phoning in to a radio station to report the cover-up of a murder in his home town, Woodstock (not that one) Alabama. It quickly sucks you into the world of the eccentric genius that is John B McLemore. Twists and turns, hilarity and heartbreak, this podcast has it all. (But don't judge the whole of Alabama on the descriptions of Woodstock AKA "S-Town" AKA "Shit Town", lots of great things come from the great state of Alabama - Lionel Richie, delicious potatoes, oh and me your Reverend.)

Boxset - Anything with a truck-load of seasons - coz hell, what else are we all doing right now?!
I just finished Homeland - if any of y'all want reminding of how insane America's foreign policy has been for the last ten years! Seriously though it's gripping over 8 seasons, and Claire Danes is exceptional.


God bless everybody, keep supporting your favourite independent bands, local music venues and festivals in any way you can, and hopefully we'll make it out of this and celebrate with the greatest parties of all time - Hallelujah.
Reverend Michael Alabama Jackson. 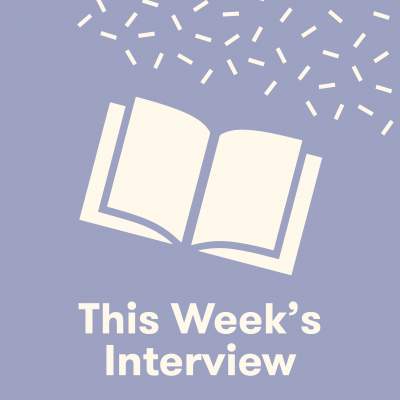 OH MY GOD! IT'S THE CHURCH Tickets