The weekend is finally in sight! To celebrate, why not check out some of the brilliant shows that are going on sale with alt. tickets this week. From Garbage to Jungle and Jorja Smith to Okkervil River, there's plenty for you to discover in this week's alt. On Sale Blog!

It's been 20 years since Garbage released their incredible second album 'Version 2.0', the band will celebrate with shows in Manchester, Nottingham and Newcastle this September, before concluding with TWO dates at London's O2 Academy Brixton. Tickets go on sale on Friday at 9am. Buy your Garbage tickets here.

THEY'RE BACK! The Mercury Prize nominated London collective have announced an unmissable show at Nottingham's Rock City on 8th May, just days after they premiered brand new track 'House in LA'. Tickets are on sale now! Buy your Jungle tickets here.

She's set to receive the BRITs Critics' Choice Awards next week and now Midlands musician Jorja Smith has shared details of her October UK tour dates, including Nottingham's Rock City on 14th October. Tickets are on sale on Friday at 10am. Buy your Jorja Smith tickets here.

Okkervil River's new album 'In The Rainbow Rain' will be released on 27th April. To mark the new release, the Will Sheff fronted band will be live at London's Koko on 10th October. Tickets go on sale on Friday at 10am. Buy your Okkervil River tickets here.

If you haven't listened to Carmody yet, now's the time to get playing! The London singer-songwriter will be hitting the road in May, including dates in Manchester, Birmingham and Bristol before rounding off with a headline show at London's Bush Hall. Tickets go on sale on Friday at 10am. Buy your Carmody tickets here.

After selling out their last two London shows, Parisian duo Papooz will return to the capital for their biggest headline show to date at Scala on 27th June! Tickets go on sale on Friday at 10am. Buy your Papooz tickets here. 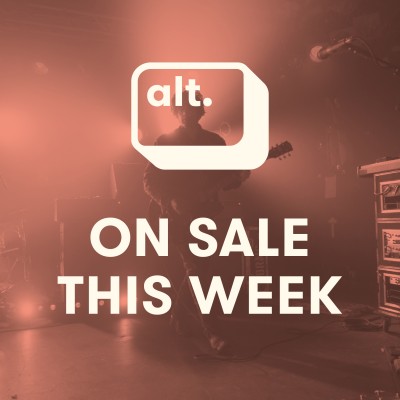