The weekend is finally here and it brings a whole host of brand new on sales with it. From Pete Tong's Ibiza Classics to Will Varley and Rudimental to Okkervil River, there's plenty for you to discover in this week's alt. On Sale Blog.

Pete Tong will be bringing his iconic Ibiza Classics to the historic Cardiff Castle at the heart of the city centre on Saturday 28th July, performed by the 65-piece Heritage Orchestra with conductor Jules Buckley. Expect to hear favourites from Eric Prydz, Moby, Daft Punk, Fatboy Slim, Faithless and many more. Tickets are on sale now! Buy your Pete Tong tickets here.

Following the release of his latest album 'Spirit Of Minnie', Will Varley has confirmed a huge UK tour for later this year, including Komedia Bath on 23rd October and London's Round Chapel on 3rd November. Tickets are on sale now! Buy your Will Varley tickets here.

Fresh from their UK number one single 'These Days', multiple chart-toppers Rudimental will be heading out on tour! Don't miss them live at Nottingham's Rock City on 17th October. Tickets are on sale now! Buy your Rudimental tickets here.

With their brand new album 'In The Rainbow Rain' released TODAY, Okkervil River have added shows in Bristol and Manchester to their UK October dates. Catch Will Sheff and the band live at Bristol's Thekla and Manchester's Gorilla later this year. Tickets are on sale now. Buy your Okkervil River tickets here.

If you haven't heard his ace new single, 'We Can Do Better' yet, you need to check it out below! And to mark the release of new music, Californian based singer-songwriter Matt Simons will be coming to London's Omeara on 17th October! Tickets are on sale now. Buy your Matt Simons tickets here.

ALSO ON SALE THIS WEEK! Joey Landreth, The Dualers, Jade Bird, Over Atlantic and more! 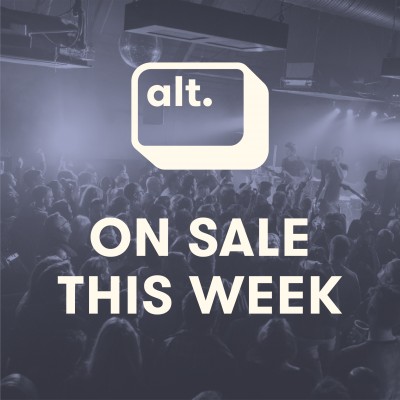