The weekend is almost in sight and we couldn't think of a better way to celebrate than getting tickets to some of this week's hottest shows. From James Bay to Rodriguez and St. Vincent to Pierce Brothers, there's plenty for you to discover in this week's alt. On Sale Blog!

It's been a brilliant few weeks for James Bay fans! Not only has the musician released new singles 'Wild Love' and 'Pink Lemonade' from upcoming album 'Electric Light', but James has also confirmed he'll be heading out on tour in June including dates at Bristol's Colston Hall and Leicester's De Montfort Hall. Tickets go on sale on Friday at 9am. Buy your James Bay tickets here.

Due to incredible demand, legendary singer-songwriter and subject of the Academy Award winning documentary 'Searching for Sugar Man', Rodriguez has added a second date at London's Royal Albert Hall this September after his first SOLD OUT! Tickets go on sale on Friday at 10am. Buy your Rodriguez tickets here.

Following the release of her critically acclaimed album 'MASSEDUCTION', as well as her incredible live shows back in October, Grammy award-winning St. Vincent will return to the UK for an unmissable show at Cambridge Corn Exchange on 29th August! Tickets go on sale on Friday at 10am. Buy your St. Vincent tickets here.

As well as supporting Tash Sultana at her TWO headline O2 Academy Brixton shows later this year, Pierce Brothers have confirmed their very own show at London's Electric Ballroom on 12th October with special guest Soham De. Tickets go on sale on Friday at 10am. Buy your Pierce Brothers tickets here.

After their Nottingham date SOLD OUT, Brighton indie rockers British Sea Power have upgraded the show to Rock City due to incredible demand. More tickets are on sale now! Buy your British Sea Power tickets here.

Following the announcement that their May Electrowerkz show has SOLD OUT, Montreal indie band Men I Trust will return to London later this year after they added a headline show at Oslo, Hackney on 4th October! Tickets are on sale now! Buy your Men I Trust tickets here. 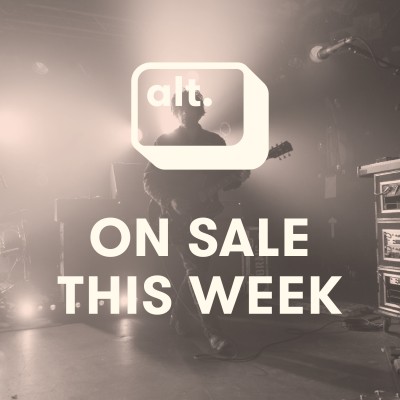