Find out more and discover what else is available this week below.

Canadian electro-pop duo Purity Ring have confirmed UK dates for September to coincide with the release of new record, Womb (out 3rd April). The band head to Manchester’s O2 Ritz on 12th September and Bristol’s SWX on 17th September to support its release – which is their first for more than five years.

Set to be released via iconic label 4AD, their sound has been described as “lustrous synth pop plus cavernous hip hop” (Rolling Stone).

Alongside the confirmation of their forthcoming record, Everything Is A-Ok, Brisbane alt-rock outfit Violent Soho headline Electric Brixton on 22nd April. Latest single, Lying on the Floor, was released to a brilliant reception and their overall sound has been championed by Triple J and NME and featured on Elton John’s ‘Rocket Hour’ playlist.

Asleep At The Wheel

10 time Grammy Award Winning Texans Asleep At The Wheel have announced UK shows in celebration of their 50th anniversary. They head to Leeds’ The Wardrobe on 28th May and Islington Assembly Hall 4th June.

With an ever-changing cast of musicians, Ray Benson heads the line-up and commandeers the band to put a unique, modern spin on swing music.

Buy your Asleep At The Wheel tickets here.

Rhode Island prog-rock favourites The Dear Hunter have confirmed dates at The Bodega on 28th September and Oslo on 30th September. With a cult following across the world, the band have released a series of ‘acts’ and EPs with each title named after a different colour. Certainly an act that need to be seen live to be truly appreciated, The Dear Hunter consist of 6 regular members that interchange percussion, keyboards and vocals.

Coventry post-Britpop outfit FEET are one of the most exciting live acts of the past 18 months – with a “reputation for vibrant live sets,” they will be proving it at Bristol’s Thekla on 5th May. Debut LP, What’s Inside Is Just More Than Just Ham’ was released in October to numerous positive reviews, including by NME who called it “a giddy ride from a British band not afraid to push the boundaries of their own sanity – and, quite possibly, your own.”

Black Country, New Road are the latest Speedy Wunderground signed band to be causing waves in the alternative scene across the UK. The London 6-piece’s sound has been described as “genuinely daring” and “full of elliptical narratives and changing perspectives” and it will be showcased at Leeds’ Brudenell Social Club on 23rd April.

Following the release of latest single, Yesterday, last month, synth-pop singer-songwriter Dan Croll has announced a show at London’s Oslo on 19th March. His debut album, Sweet Disarray, was released in 2014 and contains iconic tracks From Nowhere and Home; and he followed it with 2017’s Emerging Adulthood which was branded “a poppier, bolder sound” by Clash – with new music on the horizon, it is an exciting time for Croll and fans alike. 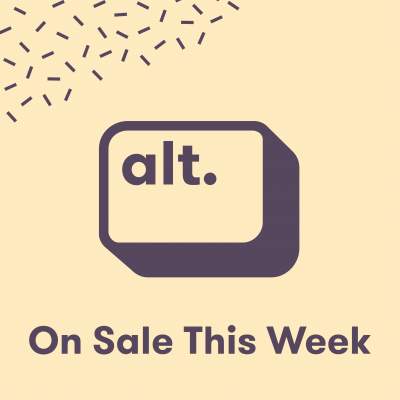