We've got another mammoth lineup of shows going on sale this week. Including The Flaming Lips, Super Furry Animals, Clams Casino, Hamilton & Rostam and more!

The Oklahoma rock band have announced they'll return to the UK in January for unmissable dates at Manchester Academy and London's O2 Academy Brixton. Tickets are on sale now. Buy your The Flaming Lips tickets here.

Super Furry Animals have announced that they'll play their legendary albums Fuzzy Logic & Radiator in full on their Nov & Dec tour including a date at Nottingham's Rock City on 16th December. Get your tickets early with our exclusive alt. tickets presale here.

The Walkmen's Hamilton Leithauser and Vampire Weekend's Rostam Batmanglij recently announced their new project, including upcoming album 'I Had A Dream That You Were Mine'. The pair have also added a date at London's Hoxton Hall on 5th October. Tickets go on sale on Friday at 10am. Buy your Hamilton & Rostam tickers here. 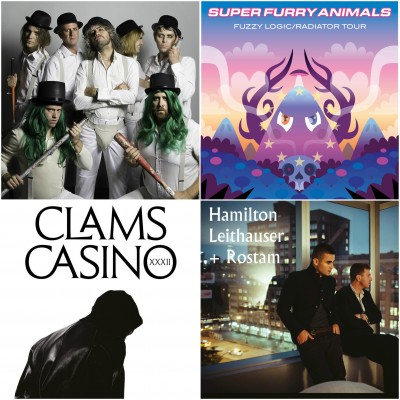