The weekend is FINALLY in sight! To celebrate, we've got loads of incredible shows going on sale this week at alt. tickets. From St. Paul and the Broken Bones to The Night Cafe and Lucero to Glasvegas, there's plenty for you to discover in this week's alt. On Sale Blog!

St. Paul and the Broken Bones

Hailing all the way from Birmingham, Alabama, St. Paul and the Broken Bones will be coming to the UK in November! Known for their unmissable live performances, don't miss the band live at Manchester's Albert Hall, Nottingham's Rock City and London's Roundhouse. Tickets go on sale on Friday at 10am. Buy your St. Paul and the Broken Bones tickets here.

With multiple sold out shows under their belt, Liverpool's finest The Night Cafe have shared details of a UK tour later this year, including Bristol's Thekla, Nottingham's Rescue Rooms and O2 Academy Sheffield! Support comes from the brilliant Chappaqua Wrestling and Plaza! Tickets are on sale now! Buy your The Night Cafe tickets here.

To mark the release of their ninth studio album 'Among The Ghosts', acclaimed Memphis band Lucero have announced UK tour dates in Manchester, London and Bristol in December! Tickets go on sale on Friday at 9am. Buy your Lucero tickets here.

To mark the 10th anniversary since the release of their self-titled debut album, Glasvegas will be playing the record in full live at Thekla, Bristol and Rescue Rooms, Nottingham in October! Tickets go on sale on Friday at 10am. Buy your Glasvegas tickets here.

After selling out TWO shows next week as part of their UK jaunt, Australian garage trio Skegss have added a third and final London date on 23rd May at the ace Sebright Arms. Tickets are on sale now! Buy your Skegss tickets here.

Pleasing their fans all over the country, York band King No-One have announced a UK tour! They'll be live at London's The Garage and Nottingham's Rescue Rooms later this year. Tickets go on sale on Friday at 9am. Buy your King No-One tickets here. 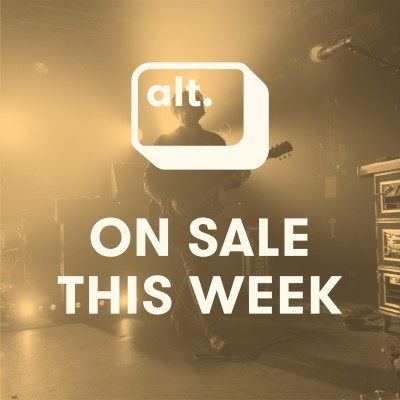