End of the month = PAYDAY! Payday = loads of incredible gigs on sale this week with alt. tickets. From Peace to Courtney Barnett and DMA's to Trailer Park Boys, there's plenty for you to discover in this week's alt. On Sale Blog!

Peace fans rejoice! Not only have the band shared new track, 'Power' AND new album, 'Kindness Is The New Rock And Roll', they've also revealed they'll be going on tour in May to celebrate. Catch the band live in Glasgow, Sheffield, York, Derby, Hull, Norwich, London, Southampton, Bristol, Reading and Leicester before rounding off in Birmingham on 24th May. Tickets go on sale on Friday at 9am. Buy your Peace tickets here.

Heads up Manchester and Bristol, Courtney Barnett is coming your way. To celebrate upcoming album 'Tell Me How You Really Feel', the Australian musician will be live at Manchester Academy on 4th June and O2 Academy Bristol on 5th June! Tickets go on sale on Friday at 10am. Buy your Courtney Barnett tickets here.

Anthemic trio DMA's have announced UK dates as part of their 'For Now Tour', including shows at Nottingham's Rock City, Cardiff's The Tramshed, Cambridge Junction and Norwich's Waterfront. Tickets go on sale on Friday at 10am. Buy your DMA's tickets here.

The stars of hit Canadian comedy show Trailer Park Boys will be at Nottingham's Royal Concert Hall for one night only! Ricky, Julian, Bubbles and Randy bring their brand new live show to the city on 17th September. Tickets go on sale on Friday at 9am. Buy your Trailer Park Boys tickets here.

Fresh from SOLD OUT dates, Los Angeles band mark their third studio album 'Vide Noir' with a UK tour later this year, including Sheffield's The Plug on 27th October. Tickets go on sale on Friday at 10am. Buy your Lord Huron tickets here.

ALSO ON SALE THIS WEEK! Holy Moly and the Crackers, Our Girl, mastersystem, Ministry, Akua Naru, The Districts, GospelbeacH and more! 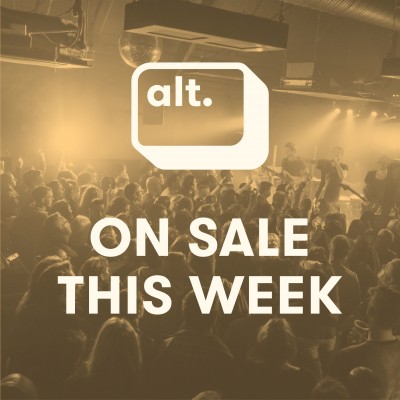