We've got another great lineup of shows going on sale this week. Including The Growlers, Dave Hause and the Mermaid, Tash Sultana, Fenech-Soler, The Unthanks and more! Have a listen to these great acts on sale this week and find out how to get your hands on tickets.

After releasing their ace new album, 'City Club' to rave reviews, The Growlers have announced a Spring tour including shows at The Coronet, London & Brudenell Social Club, Leeds! Tickets go on sale on Friday at 9am. Buy your The Growlers tickets here.

Dave Hause and the Mermaid

Ahead of his new album 'Bury Me In Philly', American musician Dave Hause has announced a UK tour. Don't miss him in Brighton, Leeds, Manchester, London, Bristol, Birmingham & Nottingham, with special guests Dead Heavens and Robyn G. Shields. Tickets go on sale on Friday at 9am. Buy your Dave Hause and the Mermaid tickets here.

Not only have they announced their new album 'Zilla', but electropop band Fenech-Soler have confirmed they'll be coming to Bristol & Nottingham for must-see dates in Feb and March 2017! Tickets are on sale now. Buy your Fenech-Soler tickets here.

As well as announcing a new book and a new album, folk group The Unthanks confirm a Cambridge show for April 2017! Tickets are on sale now. Buy your The Unthanks tickets here. 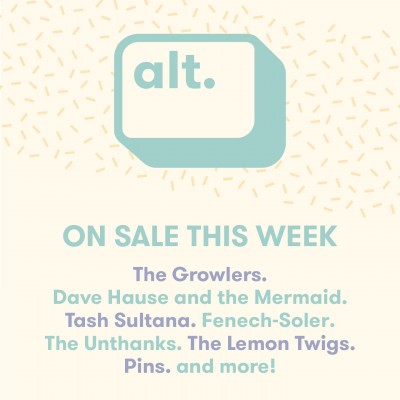