The sun-filled four day week is coming to an end and to celebrate, loads of brilliant shows are going on sale this week at alt. tickets. From Ed Sheeran to Father John Misty and Fat Freddy's Drop to Sports Team, there's plenty for you to discover in this week's alt. On Sale Blog!

Production holds for Ed Sheeran's SOLD OUT UK Stadium Tour are being released with more tickets going on sale this week! Don't miss your chance to see Ed, as well as special guests Anne-Marie and Jamie Lawson, live this Summer. Tickets go on sale this Friday at 10am. Buy your Ed Sheeran tickets here.

Set to release his new album 'God's Favorite Customer' next month, Father John Misty has announced he'll be coming to the UK in October as part of his World Tour, including Leicester's De Montfort Hall and and The Forum, Bath! Tickets go on sale on Friday at 10am. Buy your Father John Misty tickets here.

West London collective Sports Team have continued their success by confirming details of a Scala show in September. They'll also be bringing their friends Fur, Ugly, P-Rallel & So Young DJs for what will be an unmissable night of music. Tickets are on sale now! Buy your Sports Team tickets here.

Fresh from supporting the likes of Shame and The Go! Team, Berlin-based Gurr have announced their biggest London show to date at The Garage on 29th November! Tickets are on sale now! Buy your Gurr tickets here.

We may not have hit Summer yet, but it's definitely not too soon to plan your end of year bash and we've got you covered! Skinny Lister and Friends will be hosting a very special evening at London's The Garage on 12th December! Tickets go on sale on Friday at 9am. Buy your Skinny Lister tickets here.

To celebrate releasing their brand new debut album 'Lost Friends', Middle Kids will be heading out on tour in November. Don't miss the band live at Bristol's The Louisiana, Manchester's Deaf Institute and Nottingham's The Bodega. Tickets are on sale now! Buy your Middle Kids tickets here. 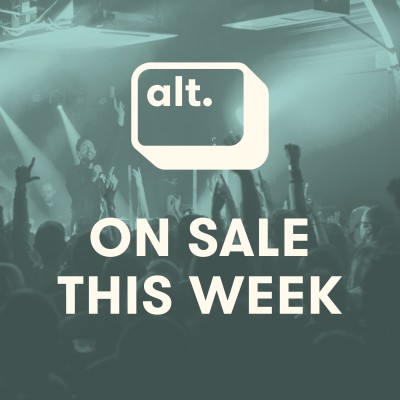