Here at alt. tickets this week, we've been busy getting some brilliant shows ready for you to enjoy. From Peter Hook & The Light to Nilüfer Yanya and Rhye to We Are Scientsts, there's plenty for you to discover in this week's alt. On Sale Blog!

Peter Hook & The Light have announced they'll be performing New Order's 'Technique' and 'Republic' for the very first time at London's Koko on 28th September, as well as an opening set of Joy Division material. Tickets go on sale on Friday at 10am. Buy your Peter Hook & The Light tickets here.

After being named in BBC Music's Sound of 2018 list, Nilüfer Yanya has confirmed her biggest headline London show to date! Don't miss the talented musician live at Village Underground on 29th May! Tickets are on sale now! Buy your Nilüfer Yanya tickets here.

New York rock band We Are Scientists are back! As well sharing news of their upcoming new album 'Megaplex' which includes ace new track 'One In, One Out', the duo will also be playing live shows around the country to celebrate. Don't miss them at Bristol's Thekla and Nottingham's Rescue Rooms in May. Tickets are on sale now! Buy your We Are Scientists tickets here.

With their Thekla show SOLD OUT, South London band Shame have added an extra Bristol date at SWX as part of their November tour. With the group conquering 2018 with their latest album 'Songs Of Praise', you want want to miss seeing them live once again! Tickets go on sale on Friday at 9am. Buy your Shame tickets here.

TV star, bounce music pioneer and all round incredible musician Freddie Ross aka Big Freedia will return to the UK once again with a headline date at London's Village Underground on 27th May. Tickets go on sale on Friday at 10am. Buy your Big Freedia tickets here.

Rising hip-hop star has announced his UK live debut, where he'll play a headline show at London's Jazz Cafe on 20th May to mark the release of his first album 'Müptezhel'. Tickets are on sale now! Buy your Ezhel tickets here. 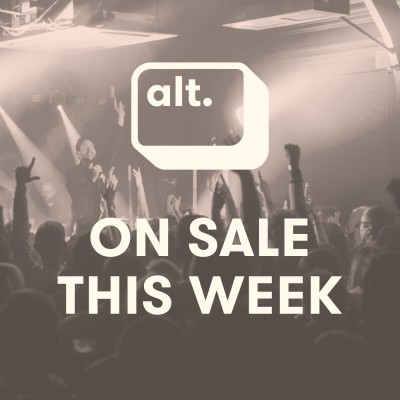