Leicester alternative outfit Easy Life have had a brilliant 2019. Given a platform by all the major outlets, the five-piece’s single ‘Earth’ was Annie Mac’s Hottest Record In The World back in July and they have since sold out a huge UK tour and announced a massive show at London’s Roundhouse. Tipped for huge things in 2020, Easy Life are definitely a band you need to check out sooner rather than later.

Dance Monkey has just beat Rihanna and Whitney Houston to become the longest time at number one by a solo female artist. The infectious hit has been partly responsible for Tones and I’s trio of 2020 headline shows in London – as too has her 6 track debut EP, The Kids Are Coming. The Australian singer songwriter had the biggest crowd of an opening set at Splendour in the Grass earlier this year.

Citing inspirations as Jim Morrison, Sylvia Plath, Allen Ginsberg and Fela Kuti, Arlo Parks is a unique poet-come-bedroom-pop phenomenon from West London. Having recently supported Loyle Carner on his recent sold out tour, Parks burst onto the scene with the brilliantly lo-fi Cola at the end of 2018 and has continued to thrive since. Supporters of Arlo Parks’ sound come in the form of BBC Introducing, Lily Allen and The Guardian.

Tipped to be the next Manchester Arena headline act, Larkins have gained an incredibly loyal following since the release of their debut EP, Don’t Leave The Light On. Although under the umbrella of ‘Manc’ bands’, Larkins are definitely orientated more towards the likes of The 1975 and Blossoms than Oasis and The Courteeners with a blissful blend of synth-pop/rock instrumentation.

Their ‘Before The Flood’ tour heads to Thekla, Bristol on 15th April and Rescue Rooms, Nottingham on 16th April.

Drawing comparisons to Vampire Weekend and Courtney Barnett, Zuzu’s crunching guitar-pop sound has already been picked up by Virgin EMI and championed by Fred Perry and This Feeling. The Liverpool musician has already supported the likes of The Courteeners and played an array of festivals across the UK and 2020 will see her headline shows in every corner of the country.

Zuzu heads to The Louisiana, Bristol on 23rd February, Green Door Store, Brighton on 24th February and The Bodega, Nottingham on 1st March.

Jay Som’s fourth release – and third via Polyvinyl – Anak Ko was released back in August and encapsulates the DIY, bedroom-pop sound Melina Mae Duterte has always strived towards. Whilst The Bus Song from 2017’s Everybody Works is perhaps her most recognised song, Anak Ko received a 7.3 on the Pitchfork scale – describing it as having “huge guitar hooks” and “moments of hypnotic drowsiness.”

Championed by Clara Amfo and Huw Stephens, Isle of Wight raised Lauran Hibberd’s slacker pop blend of sarcasm and cutting comments have led her to be one of the UK’s brightest protégés of the past couple of years. Latest EP, Everything is Dogs consists of four-tracks (five if you have a copy on vinyl) where Hibberd talks of sugar daddies, sex dreams and love not being reciprocated.

She headlines The Louisiana, Bristol on 16th February and The Bodega, Nottingham on 18th February.

Nottingham’s latest favourite exports Do Nothing have gained a huge following over the past 18 months. Headline shows across the UK, festival slots and supporting none other than indie legends Interpol in Moscow, Russia, the punk quartet’s single, LeBron James has also been included in Huw Stephens’ Sound Of 2020 list.

Do Nothing headline The Lexington, London on 21st April.

With new LP, Seeking Thrills, coming on 10th January, BBC Sound of 2020 nominee Georgia is already one of the most exciting artists to be heading out on the road next year. Referred to as a “one-woman dance machine” by the BBC and as having a “euphoric” and “late-night dance” sound by Vice, Georgia is certainly one to watch across the next 12 months.

Dublin punks, The Murder Capital, released debut LP, When I Have Fears, earlier this year to a fantastic reception from DIY (4 ½ stars), Rough Trade (albums of the year) and The Guardian (5 stars). Drawing comparisons to Joy Division and IDLES, they cemented their place as one of the biggest and most fierce bands of the year with sold out, intimate performances across the country. 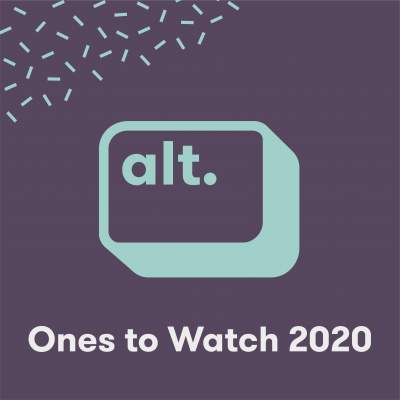