Although we can't quite go to actual gigs yet, some of your favourite artists are cushioning the blow by performing some very special livestream sets soon. We'll be taking a look at a couple of them including Splendour At Home, Elles Bailey and L'Imperatrice!

This weekend, we were supposed to be outside in the glorious sunshine for another edition of Nottingham's Splendour Festival. As well as taking a look back at some past sets from years gone by, the Splendour organisers have been busy putting together some exclusive content for you, including new performances by Nottingham's very own Harleighblu, Nina Smith and Georgie and a salsa class courtesy of Salsa Bae.

If that wasn't enough, you can also enjoy a Funhouse Comedy set, a compilation of some of the brilliant acts that have performed as part of the 'Splendour Sessions', a Splendour quiz, Gem Anthems DJ Set, stories from behind the scenes at the festival and loads loads more!

The event isn't just about having a great time, it's also to raise money for local charity Framework, with viewers encouraged to donate to them here!

The place to be on Saturday 18th July from 12pm until 6pm is the Splendour YouTube channel, but you can also stay up to date with the goings-on over on the Facebook event!

She's set to be heading out on tour for dates in Nottingham & Manchester this November, as well as shows in Bristol & London in April - but if, like us, you're an Elles Bailey fan, then we've got some great news for you. The singer-songwriter has announced she'll also be heading online for THREE unique livestreams over the next few weeks.

Kicking off on the 22nd July, Elles will be paying tribute to writers and songs that have become entangled in her soul over her years as a musician. If you have any favourite Elles Bailey songs, then make sure you pop 29th July in your diary as Elles will be taking requests and playing them live for you! To get your final fix, Elles will be finishing off her 'Ain't Nothing But' series by taking you through a history of faces that have inspired the ever-changing sound of the Blues over the years on 5th August.

If you're wanting to find out even more info and how to buy tickets, then head over to Elles' website here.

Although they can't actually jet out to go and play some shows at the moment, L'Imperatrice have announced the next best thing... a virtual tour! Playing 9 unique shows over the space of 2 weeks, the French disco band will be virtually landing in the UK for a geo-locked show on Monday 27th July - meaning the performances is exclusively for their UK fans!

As well as their unique set, there'll be an opening show for each date with a local group and exclusive tour merch and signed vinyls!

You can read more about their world tour and buy your tickets here! 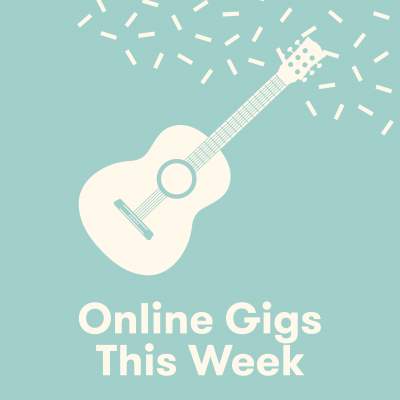