P!NK comes to the UK!

NewsUpdatesP!NK comes to the UK!

P!NK has just announced that she'll be heading to the UK in June 2019 for must-see shows as part of her first UK tour in five years! Don't miss the international superstar when she brings her Beautiful Trauma Tour to Cardiff, Glasgow, Liverpool and London.

Kicking off her high-octane live shows at Cardiff's Principality Stadium on the 20th June, she then plays Hampden Park in Glasgow on 22nd June, Anfield Stadium in Liverpool on 25th June, before bringing her UK tour to a close with two epic nights at London's Wembley Stadium on 29th and 30th June! P!NK will be joined by very special guests Vance Joy, KidCutUp and Bang Bang Romeo.

With seven studio albums under her belt, including the platinum-selling 'Beautiful Trauma', 75 million singles and multiple awards, these will be shows you won't want to miss!

Tickets go on sale on Tuesday 23rd October at 10am. Set a reminder by clicking the link here! 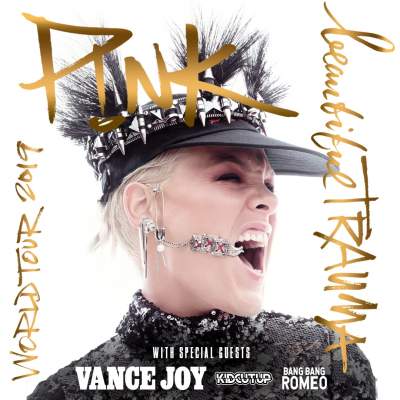