Splendour Festival has had a rich history of global pop, rock and indie icons from around the world.

From its maiden event back in 2008 where Paolo Nutini, Kate Nash and The Charlatans headed to Wollaton Park, we’ve seen Blondie and Scissor Sisters’ incredible performances in 2011, Jake Bugg’s stellar headliner in 2013 and last year’s sensational Manic Street Preachers greatest hits being played to over 25,000 festival-goers.

At Splendour Festival the talent doesn’t stop at the headliners or the main stage – always spreading acts out across the day, the festival has in the past opened its gates to local indie icons Dog Is Dead (2009), scattered britpop favourites Cast, Feeder and The Bluetones across two stages throughout the day (2011) and showcased grime pioneer Dizzee Rascal, folk legends Levellers and indie favourites Razorlight on the same bill (2012).

There is always something for everyone at Splendour Festival and with a full day of live music, it is an opportunity for revelers to get down early and discover something new. In 2012, Bugg was still opened the main stage without his now double-platinum selling debut record – flash forward a year and he was selling out arenas across the country and returned to Splendour Festival as a headliner preceded by Squeeze and KT Tunstall. 2017 saw Easy Life play a mid-afternoon set and similar to Bugg, they are now enjoying worldwide success and headlining this year’s Dot To Dot Festival.

Tickets for Splendour 2020 – where headliners Supergrass (who perform at the festival for the first time) are joined by very special guests James and Belinda Carlisle – are on sale now. 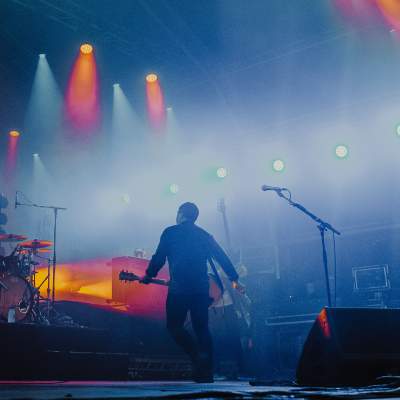