After tickets went on sale last October, and sold out almost instantly, it was finally time for P!NK to kick off her first UK tour in over five years with a SOLD OUT show at Cardiff's Principality Stadium. With the venue having hosted the likes of Ed Sheeran, The Rolling Stones and Coldplay in the past, the pop legend was definitely in good company.

With the supports Bang Bang Romeo, Vance Joy and Kid Cut Up getting the 60,000 strong crowd warmed up, P!NK burst onto the stage with 'Get The Party Started', the perfect song to begin her hit-after-hit set.

Having released two number one albums since she last toured the UK, you'd be forgiven for thinking the show would largely be songs taken from 'Beautiful Trauma' and 'Hurts 2B Human' but in reality, P!NK took fans through some of her greatest hits from across her almost 20 years in music, including 'Just Like A Pill', 'Just Give Me A Reason' and 'Raise Your Glass', for a gig that amirers, both old and new, would love.

As expected with a P!NK show, it wasn't just the music that grabbed your attention, but the incredible staging, lights, fire, dancing and acrobatics that came with it. This culminated with the pop superstar flying around the stadium to bring an end to, without doubt, one of the greatest shows Cardiff has ever seen. 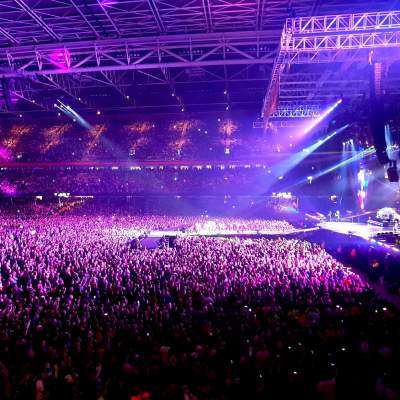