Middleton band The Courteeners returned to Nottingham for a sold out gig at Rock City.

The last time I watched this band was amongst 25,000 other revellers at Heaton Park, so I was looking forward to watching them at a more intimate setting this time around.

In a packed, hot and sweaty room, the crowd were revved up before the band even showed their faces. Deciding to play Oasis’s ‘Whats the story morning glory’ as their entrance tune, it certainly was a crowd pleaser. Starting straight off with ‘Are You In Love With A Notion?’ the whole of Rock City bounced, and it never stopped bouncing!

Quite a few songs from their new album Mapping The Rendezvous were showcased tonight including; Lucifer’s Dream, No One Can Ever Replace Us, Not For Tomorrow and The 17th.

Liam Fray certainly knows how to be a crowd pleaser. There wasn’t a single still body in the house tonight. The place rocked and bounced from start to finish.

As the band left the stage leaving Liam to take a solo acoustic spot for De La Salle and Please Don’t, it was time to catch your breath and cool down and prepare for the finale.

With the band re-joining back on stage and straight into Acrylic, followed by Not Nineteen Forever you could hardly hear Liam’s vocals as the whole room sang their hearts out.

Finishing the night on What Took You So Long, the crows continued to sing out long after the band had left the stage. 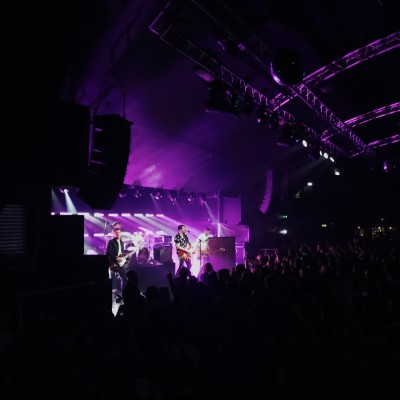