December was just round the corner, and with it, the biting cold winter nights - a time for reflection and prayer. I set off on my pilgrimage through Manchester City Centre, and not long after, I arrived at the Cathedral. In the darkness of the Cathedral’s gothic majesty, a Scottish alt-rock band appeared unto me, and that band came with glad tidings of Rock.

Frightened Rabbits welcomed the crowd with ‘Get Out’, the digital pulsing rhythm filling the church. ‘The Modern Leper’ offered up a wonderful fusion of frenetic folky strumming and a somewhat tropical leading riff. Next up, the Scottish folk-punk ensemble treated us to the booming drums of ‘I Wish I Was Sober’.

Jokes were a-plenty thanks to the odd juxtaposition of indie-rock in a holy place, but frontman Scott Hutchison explained how they had whittled down their set-list based on the unique acoustics - rather than the threat of musical blasphemy. Proving his point, Hutchison bellowed out the words “Jesus is just a Spanish boy’s name”, segueing into ‘Head Rolls Off’
You could feel the visceral emotion in Scott’s voice in every song. There was a raw power and honesty to his voice that I haven’t heard in a long time, the lyrics dripping with angst and catapulting me back to my teens.

‘Swim Until You Can’t See Land’ sounded like a hero’s journey coming to a climactic movie-montage ending, a guitar-shredding-lights-flashing breakdown filling the Cathedral with electricity. ‘Blood Under the Bridge’ gave us some lovely synths, reminiscent of the church organ looming over the band.

The festive Keilidh-making ‘Old Old Fashioned’ harked back to a simpler time, a time without TV, Radio, and sub-par online gig reviews. This musical party had to come to an end at some point however - the band left the stage, promising to return after the prescribed 3 minute encore gap.

Scott returned to the stage alone, armed only with an acoustic guitar. ‘My Backwards Walk’ was the most poetic and melancholic song yet, overflowing with heartbreak. The band reappeared soon after, circling back to their new record’s first song ‘Death Dream’, a haunting processional march of a song, with wonderful vocal backing.

Finally giving into the fan requests (they practically had people begging), the band left us with ‘Keep Yourself Warm’, the church-organ-esque synths gently cradling the delicate vocals and their powerful message. Heeding the advice offered by the lyrics, I headed home, making a mental note to turn on my heating and delete my tinder account. 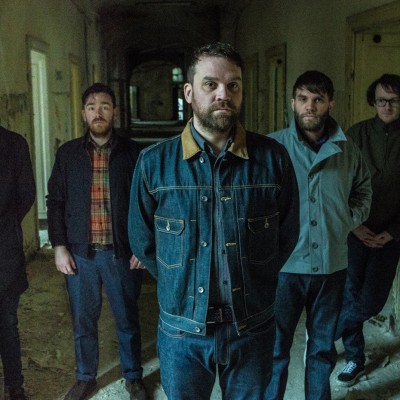