The concept is simple: we choose three records and explain why they mean so much to , three movies, a boxset to binge and a podcast.

This week, creative whizz Nat reveals her must see films and must hear albums!

Usually found making sure everything is looking bold and fresh, Nat lists City and Colour, 22 Jump Street and Peep Show based podcasts as her essentials.

City and colour – A Pill for Loneliness

With my last gig of 2020 being City and Colour at The London Palladium (before everything went tits up), I thought it appropriate for this to be included, especially after one of the most mesmerizing live performances I’ve ever experienced. If you’re a bit of a metal head, you’re most likely already aware that Dallas Green (City and Colour) is also a vocalist and rhythm guitarist in Alexisonfire. Although the music styles couldn’t be more disparate, Dallas Green’s impeccable vocals are always a standout. I chose this particular album because of the relevant name in relation to the current situation. Hopefully you’ll find this album, with ‘Living in lightning’ and ‘Difficult Love’ being my personal favourite tracks, to be a calming listen during these anxious times.

I chose this album because it takes me back to festival season. Last year I ruined festival season for myself by breaking my ankle a week before Download, and now this year Corona has come about and ruined my plans for the second year running, so any album that makes me reminisce of better times with a cold can in a muddy festival field is most welcomed. I think it was in 2018 when Black Foxxes played at Download, 2000 Trees (see above image) and Leeds fest, and put on incredible performances at each festival, and this album takes me back to that. With the unique voice of frontman Mark Holley and the dreamy anthems of ‘Manic in me’ and ‘Sæla’, this album is definitely worth a lockdown listen.

The Skints are probably, including support slots and countless festival appearances, the band that I’ve seen the most times. The first time I saw them was around 2013 I think, at the O2 Academy 2 in my hometown of Sheffield. I remember being blown away by the sheer talent of each band member, particularly Marcia Richards, on vocals, keyboard, flute, guitar, saxophone, sampler… pretty much everything. I think they’re one of the most underrated bands out there, and their Ska/Reggae vibes are perfectly uplifting. I’ve chosen this particular album because it has the majority of my favourite Skints songs on it, including the dreamy ‘Sunny Sunny’, and ‘On a Mission’ – Katy B cover with a sensational Skints twist. Enjoy!

Maybe it’s cheating to include a trilogy, usually if I had to pick one of the films I’d always say The Two Towers (mainly because of the battle of Helm’s Deep), but surely with all this time on our hands this is the perfect opportunity for a Lord of the Rings marathon, (extended edition, of course).

The Triplets of Belleville, or Belleville Rendez-vous as it was released in the UK, is a crazy French animated film. I’ve chosen this because I first saw it as a kid, I think my mum got it free in a magazine or something, and I used to be absolutely obsessed with it. I remembered it whilst in second year at Uni and decided to watch it again for a nice hit of nostalgia and loved it just as much as I used to. It has little dialogue and what dialogue it does have is in French, but that doesn’t stop it being absolutely gripping with some of the best and most unusual animation and visual style. The basic plot is about an orphaned child who becomes a cycling enthusiast and is determined to win the Tour de France, but when taking part, is kidnapped by the French Mafia. With an uplifting soundtrack and a comedic feel throughout, it’s definitely a well-advised watch whilst stuck at home.

“My name is Jeff”… If you haven’t seen this incredible scene before, amongst many within this film, then now is your chance. And if you have seen it before, then like me you’ll most likely be itching to watch it again. This sequel to (the, in my opinion inferior) 21 Jump Street, starring Channing Tatum and Jonah Hill, is the perfect uplifting cop action comedy film to help raise your spirits during these macabre times.

Shout out to all my fellow Doctor Who nerds! If you didn’t know that Torchwood is an anagram of Doctor Who, then you probably haven’t seen Torchwood before. I’d basically describe it as an adult version of Doctor Who, (the second episode of the first series has a sex killing alien for example). Starring John Barrowman who plays Captain Jack in both Doctor Who and Torchwood, if you’re into a bit of Sci Fi then this is the perfect series to get stuck into, with all 41 episodes having recently been added to BBC I player.

Podcast Secrets of the Pharaohs

If you’re not fond of Peep Show then it’s pretty unlikely that you’ll enjoy this podcast that meticulously analyses each episode in great depth. If like me however, you have an unhealthy obsession with the sitcom, then this podcast is for you. It is incredibly informative and will prepare you for any future Peep Show pub quizzes (when the bloody places are back open). With little quizzes at the end of each episode to test your knowledge, and even interviews with Paterson Joseph (who plays Alan Johnson) and the one and only Robert Webb (Jeremy Usbourne, Jez, one of the El Dude brothers), this podcast is a must for any Peep Show enthusiast. 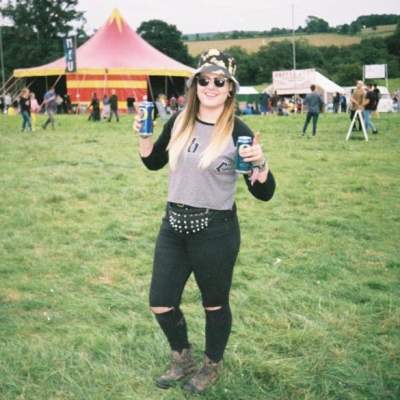