Nothing Is Still, Leon Vynehall

I think Nothing Is Still is one of the most interesting albums I’ve ever listened to. It sways seamlessly between what sounds like the soundtrack to a 1940’s film starring Humphrey Bogart to massively intense minimal techno. I love albums that have one continuous flow to the point where you have no idea what any of the songs are or what bits are where and think this album does it brilliantly.

I discovered this album from someone commenting on the bandcamp page of another artist I was listening to and thought the band name was cool. I found the stream for Moving Away and must have told about 10 people I knew how good it was straight away. For me it combines the best parts of modern shoegaze & emo but is really mature in its song writing. If you like bands like American Football, Turnover & pinkshinyultrablast is definitely worth checking out.

I think this is the best album by one of the countries most underappreciated artists. I love how hazy and layered it all sounds. I sometimes think if this was released at another time in history it would be massive but I suppose there is a certain pleasure to take from the feeling you get when it seems like an album is just for you.

Everyone has had Netflix option paralysis before so I wanted to choose 3 films that are kind of hidden gems on there. The sort of films you’ve probably scrolled past a millions times but I think they are well worth a watch.

I seem to absolutely love anything Brit Marling is in (The OA, Another Earth, The sound of my voice) and I Origins is no exception. The story revolves around a molecular biologists discovery that leads you down a path of science and spirituality. It’s a really interesting film requires you to make a small leap of faith - in more ways than one.

The story follows an indigenous Columbia family’s venture into the world of drugs and the inevitable chaos that comes with it. Like a lot of films on this subject it explores the familiar themes of trust, greed & corruption but combined with atmospheric cinematography and sensory visuals I think it’s really special. I loved the directors previous work (Embrace of the Serpent) and if you like films like Scarface, Blow etc. It could be the film for you.

One of those documentaries where you think ‘if this was a Hollywood film, I wouldn’t believe it’. The story follows the birth of the Russian doping scandal and just sucks you into whirlpool of doping, cover ups and conspiracy. I think the thing I love about this documentary the most is that you really feel like you are in the midst of it all – the story almost unfolds in real time and just blew me away.

I haven’t watched any series twice in my life but even thinking about this made me start this for the 4th time last night. Matthew McConaughey & Woody Harrelson play a pair of detectives investigating an occult murder that leads them down a surreal and dark rabbit hole. Stunning performances, amazingly atmospheric and as close to perfect as I think you can get.

Recordings of ‘true stories told live’ loosely based around a different subject each week. From the hilarious story of the student reverse engineering the match algorithm on a dating website to become the most matched user in the world to the harrowing story of the nuclear technician inside the Fukushima plant when the earthquake hit – you literally have no idea what you are going to get. There is something about the realism in the story telling that really resonates with me and I think this podcast has something for everyone. 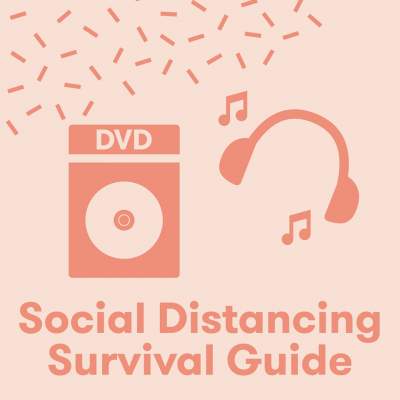