Halestorm - The Strange Case Of…

If you enjoy a good bit of air guitar-ing like me then chances are you’ll like this record. It’s anthemic, it’s bold and it’s unapologetic rock. It’s the perfect record to wash the dishes to in quarantine to be honest, my neighbours have been eyeing up my marigolds in an attempt to throw me off my air guitar-ing throne (I think, anyway). They’re probably just jealous.

If you hadn’t heard of Halestorm up until now, they’re headed up by Lzzy Hale, a bold and unapologetic human who I admire greatly. I have seen these guys twice live now, the latest being at Download Festival last year, they were the first female-fronted band ever to headline the second stage. Pretty neat. Although this album came out in 2012, it’s still one of my go to’s.

I’ve been following this heavily tattooed gent for a while now, since his days back in Gallows. Whilst this latest album sounds like a far cry from the raucousness of Gallows, this most recent venture still has underlying aspects of this with a softer element sewn throughout. The best way I can compare listening to this to anything tangible is by eating one of those Lindor Lindt chocolate balls - you know, those ones with the normal chocolate on the outside and the really soft silky chocolate on the inside. It’s like that.

I was lucky enough to see Frank and co. at Ally Pally at the end of last year and it was one of the best shows I’ve ever been to.

Shout-out to this band for reigniting my love for pop-punk. Every single song on this album is a bop. I almost wish this album had come out when I was a teenager as it’s so in theme with 15 year old me’s listening habits. This is the perfect all-rounded album, all killer, no filler and perfect for parties (I miss parties, sob). A solid 10/10 from me.

This is my favourite film of all-time, I can never get bored of it. Also, it’s perfect to watch right now because it’s even more dystopian than our now ‘normal’ lives! It’s also one of the weirdest films I’ve ever watched - that’s probably why I like it. If you’ve never heard of it, it’s basically about a guy who has vivid dreams that actually turn out to be ‘real’, but ARE they? There’s a man in a rabbit costume called Frank and it depicts The End Of The World in 28 days, 6 hours, 42 minutes and 12 seconds. So basically, if you want to make yourself feel better in the world we are currently living in, this is a good one to watch.

The Life Aquatic with Steve Zissou

It’s got sharks, Bill Murray in a little red hat and men that sing David Bowie songs in Portugese. Directed and produced by Wes Anderson (my favourite director; Tarantino comes a close second), it’s an instant pick-me-up (for the most part). I love how it’s filmed and the whole bizarre premise of an oceanographer trying to create a documentarial hit about a shark and getting kidnapped by pirates along the way. Wes Anderson films always have a certain ‘vibe’ about them and there’s no mistaking that this film definitely has one of these so-called ‘vibes’.

It’s a very vivid and colourful film and just generally makes me happy!

I was gifted this piece of art on DVD when I was about 12 years old and it took me ages to get around to watching it - it had already been out for quite some time. I’m glad I eventually did though, what a classic. 12 year old me played football A LOT so to have a film about girls playing football was a pretty great thing to see. It’s still one of my favourite comedy films even though it’s not solely just a comedy, but a rather great thing about coming of age, culture and reaching your goals (literally).

I’ve watched this about 3 times over and not got bored of it yet. It’s exciting, it’s shocking and Dexter himself is a secret serial killer who only kills ‘bad’ people. It’s 8 series and 96 episodes long, so it’s really good for a massive binge (which we’ve all got time for at the moment). Don’t be mistaken that this is your average crime thriller though, because it’s most definitely not. The audience knows from the get-go that Dexter is a mass murderer, yet the most clever thing about this show is that it actually makes you almost sympathise with him. It’s a show about moral compasses, blurring the lines between black and white and also it’s a generally really good cop drama. Don’t get me started on the ending though.

When I first discovered this podcast I thought it was nonsense and it is nonsense. That’s the point. It’s created by internet famous Youtubers Grace Helbig and Mamrie Hart and if you haven’t heard of them I strongly suggest you get acquainted. They’ve been around for some time now creating quality comedy content and this is their latest venture. Have you ever wondered about canine religion, farting dolphins or who would win in a fight out of Tom Cruise and Justin Bieber (Tom Cruise)? Well now you can find out the answers along with hearing about the stupid things that happen in their everyday lives in LA. It’s an easy listen and only about 45 minutes an episode so it’s really good to just dip in and out to. It can be found on all of the usual outlets! 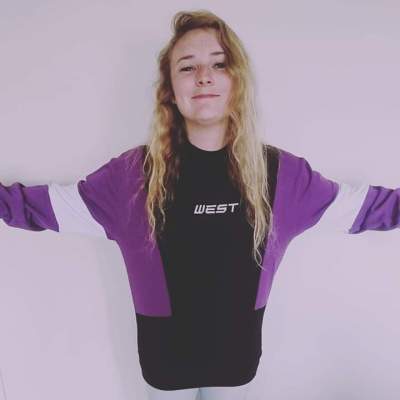