The concept is simple: we choose three records, three movies (including a documentaries special this week!), a boxset and a podcast to binge.

Frank Turner is one of my favourites, I remember seeing him in 2008 for the first time at The Bodega. My friend had a spare ticket and I thought why not? The gig was sold out and Frank played most of this album, then asked for somewhere to sleep because he didn’t have enough money! Great gig and a very nice person. This album was his second album release and concentrates on his life around London, with the rawness combined with Frank's lyrics are inspiring. The lyrics are honest and open and usually revolve around the themes of girls, growing-up, punk protest and politics and friends. The title track is a fantastic punk anthem delivered in classic folk style, a call to arms to everyone who believes that something in the world needs to change and to never abandon your beliefs. It's a song that is inspirational in how it sounds and what it says and like most of this album, easy to relate to.

An album which I listened to on repeat in Sixth Form, this was supposed to be Jay-Z's last album before he rode into the sunset and retired (thank god he didn’t). This was his 8th album release and had the very popular "Change Clothes" "99 Problems" and Dirt off your Shoulder". To make it extra special he worked with different producers for each song, check out Rick Rubin, The Neptunes, Eminem etc. Jay-Z might have been lost for a few years due to him refusing to put his music on Spotify, but with a change of heart recently his full album catalogue is back on there. I would recommend getting in there before he changes his mind!

Great band and a great album, I remember not enjoying the previous release but when this came out it hit me like a 100mph train! A brilliant album which in my opinion has to be listened to LOUD. I was lucky enough to get a ticket to their sold out show at The National Bowl in Milton Keynes and they put on one hell of a show. American Idiot is the 7th Studio album by the American rockers, and is described as a concept album dubbed a punk rock opera. American Idiot follows the story of Jesus of Suburbia, a lower-middle-class American adolescent anti-hero. The album expresses the disillusionment and dissent of a generation that came of age in a period shaped by tumultuous events such as the Iraq War.

This documentary knocked off After Life 2 as the most watched show in Netflix history and I must admit I can see why. Watching this documentary brought back memories of being in secondary school and during every lunch break playing basketball and trying to be either Scottie Pippin, Dennis Rodman or the GOAT Michael Jordan. The documentary revolves around the career of Michael Jordan, with particular focus on his last season for the Chicago Bulls. All footage was never seen before and gives a great insight of what it takes to be the greatest of all time.

I accidently fell into this one Sunday evening when there was nothing on TV. This documentary talks about the McDonalds Monopoly game scam that occurred between 1989 and 2001. Jerry Jacobson who was the head of security for the agency which ran the competition, committed $24million worth of fraud, with there being no legitimate winners of the big cash prizes.

A must watch, this is another gem from Netflix. For anybody who loves Dr. Dre, Eminem or Hip Hop in general, you must watch this straight away. The documentary focuses on the careers of Jimmy Iovine (Co-founder of Interscope Records) and Dr. Dre (N.W.A and Death Row Records) and how they came together to form Beats Electronics and sell it for one hell of a profit! It’s a great watch, with it going through Dre's career, how he found Eminem and the renowned West vs. East Coast Hip Hop wars. Jimmy did pretty well to, working with Bruce Springsteen on "Born to Run" and U2 to name a few.

I have a confession to make. I am one of those people who start watching boxsets but actually never finish them. Breaking Bad - got to season 2, The Walking Dead - Season 3, Lost - Season 1, I just never have the time to sit down and watch them. However with a bit more time on my hands recently I stumbled across the fantastic Series BRASSIC (Sky One). It is written by Joe Gilgun (This is England) and follows the lives of Vinnie (Joe) and his 5 friends in the fictional northern town of Hawley. The working class group commit various crimes to keep money in there pockets, but with them getting older they are wondering if there's more to life than stealing.

So like everybody during lockdown, I decided to start running. I found Podcasts to be a cracking listen during the long runs, and "Fake Doctors, Real Friends" is by far my favourite. The podcast talks about the TV Series Scrubs - An American medical comedy-drama series which I watched during my university days religiously. If you have never heard of it, it follows the lives of employees at the fictional Sacred Heart Hospital and stars Zach Braff (Garden State, Wish I was Here and Oz The Great and The Powerful) and Donald Faison (Clueless, Remember The Titans and Kick Ass 2). Zach and Donald go through each episode in order and talk about all the back stage stuff which we might not know about. Special guests from the show also appear, very funny! 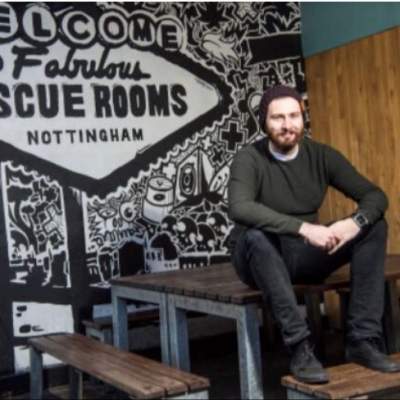