This week Concerts Assistant Toby Goodger gives us his!

Everyone has one of those albums that reminds them of summer, this record is one of them for me. It reminds me of chilling out on beaches in Pembrokeshire & Cornwall. It’s just a fun record, carefree with well written hooks, not least helped by an array of incredible guest vocalists including Becky Hill, John Newman, Foxes, Ella Eyre to name a few. From the distinct build-ups of ‘Feel the Love’, ‘Waiting All Night, and ‘Powerless’, to the anthemic ‘Free’, it’s pretty much a classic record for its genre. If you haven’t listened to this record (even if not for a while) do it and I’m sure you’ll no doubt be in a better mood! Oh and when it’s safe to do so, go and see them! You ain’t seen a party like it!

If you are a fan of PUP, Menzingers, Jeff Rosenstock, The Hotelier or The Wonder Years; and have spoken to me in the past 18 months I will have likely suggested checking out Spanish Love Songs. This is their 3rd record and came out at the beginning of Feb, how things have changed since then huh? About a week after the release I was lucky enough to see them supporting the Menzingers alongside awesome openers Mannequin Pussy. Their set felt like the headline set, with the room singing back every word creating a pretty incomparable energy that honestly you can only get at a live show! Brave Faces Everyone really shows growth for the band, honing their sound whilst building on the their honest pessimistically optimistic lyrics, just this time with a bit more reflection thrown in. With the reaction they gained at that show (and I hear the rest of the tour) they are clearly going in the right direction with more good vibes coming their way. If you want to dip your foot in these here Spanish waters, try ‘Beach Front Property’ or ‘Kick’.

Where do I start, I first listened to Nine Inch Nails (NIN) towards the latter part of 2004, just before the release of With Teeth. Being a huge Foo Fighters fan at the time I had only been interested as Dave Grohl was playing drums on that record, but that casual interest has very much grown since then. Having started in 1988 by Trent Reznor, It meant by the time I got to them i was a bit late to the party. Having worked backwards through the discography, it is this (kind of concept) double album that grabbed me. Although certainly keeping with the dark lyrical and musical content of the earlier releases, it’s the not as full on ‘loud’ stylings that makes it hit the spot for me, as it showcases the variety of soundscapes that NIN has to offer. With a 1hr 43min runtime it is epic, managing to be equal parts calm as it is vicious. Flowing between anger driven songs (We’re in This Together, Starfuckers Inc. and Big Come Down) to gentle ‘moody’ sometimes totally instrumental numbers (The Day the World Went Away, La Mer, The Great Below).

So why pick a record like this to ‘survive’ the pandemic? As mentioned, it showcases a lot of the scope that NIN’s discography offers from the fairly in your face rock record ‘The Slip’ to the latest in the Ghosts instrumental series of EP’s - V & VI. These were released for free, in part due to the COVID-19 pandemic, labelled as Together and Locusts respectively they give the listener a soundtrack to make sense of the emotions at this time. I could go on about Trent Reznor and believe me when I say that, as somewhere there is a badly written 31,000-word college essay about NIN/technology throughout his career. If you enjoy any of it and want more, be sure to check out the scores written by Trent and Atticus Ross for Social Network, Gone Girl & Watchmen tv series amongst many others.

I am a sucker for a Christopher Nolan project. Like most of his work this one leaves you scratching your head, figuring out what you just watched, but in a good way! Following a team (lead by Matthew McConaughey & Anne Hathaway) into space on an expedition attempting to discover a way for humans to live there, due to earths failing ecosystem. It’s not unfamiliar territory for a movie but this one goes beyond that basic premise. The journey and overarching story are based on actual physics in both how wormholes and Blackholes are thought to work. Sounds real nerdy right? It is, but the cinematography of the movie is so vivid, and the story well told that it does not reduce the viewer to feeling dumb. The added almost perfect compelling score from Hans Zimmer keeps the viewer engaged.

It is transcendent and (for me anyway) a bit of escapism. It will require a few viewings.

Directed by Steven Spielberg it is like many of his movies, a feel good action adventure with heart. This was one of those movies I knew very little about, though had heard good things and I was blown away! The movie is set in the year 2045 in a collapsing world where people turn to a virtual reality world called OASIS created by a guy called James Halliday. The story centres around a search for an Easter Egg that was built into the VR world by James. The egg is thought to lead to his fortune. It’s SCI-FI, it’s fun, it’s very much inspired by the 80’s. For Fans of: ET, Goonies, Back to the future.

Yes the movie about Facebook. The way the film’s story is told is very ‘cool’. To expand on that further, it’s the way the script is written. With dialogue moving at such a fast pace there’s barely a breath to be taken but that’s what keeps the viewer interested on what could be a dry story. The look of the movie feels very natural but benefits from some well-placed colder tones that helps highlight the questionable ethics of the characters, keeping you immersed in the story. Many of these elements can be credited to the team behind it; Directed by David Fincher (Gone Girl, Zodiac, Fight Club, Se7en),  written by Aaron Sorkin (A Few Good Men, West Wing, Moneyball, The Newsroom), and finally a score that pulls you along in the story written by Trent Reznor & Atticus Ross.

Though he polarises opinion, one Quentin Tarantino pulled this out as his movie of the decade… so that is saying something right?

This was tough to choose, there are so many great series out there and through lockdown man have I watched a lot of TV. Succession however is as much shockingly dramatic as it is comedic satire on family and business.

Based on a fictional family by the name of Roy who control the biggest media and entertainment business in the world. Focusing on their father’s decision (played by Brian Cox) to step down from the company, his children scheme to get into his good books attempting to outdo one another, hoping to take over the leadership of the business. Normally this ends up in a farcical situation with spot on reactionary dialogue. It moves around at such breakneck pace that it makes it very entertaining to watch. It is incredibly well written, with scenes you will never forget and I’m sure in years to come will become part of pop-culture, see Boar on the floor from season 2.  Boar on the floor. boar on the floor.

In all honesty I’m not much for podcasts, or at least not at the moment, BUT my better half LOVES this one. If you’re a fan of shows like The Jinx, Making a Murderer, Mindhunter or Staircase then this is like an extended run of that. Friends Karen Kilgariff and Georgia Hardstark both lifelong fans of true crime stories, tell each other their favourite stories; as well as tales from fans about murders in their hometown’s. Obviously, some of it is well covered territory they give you a bit further an insight into but some cases are really fresh with a lot of WTF moments! 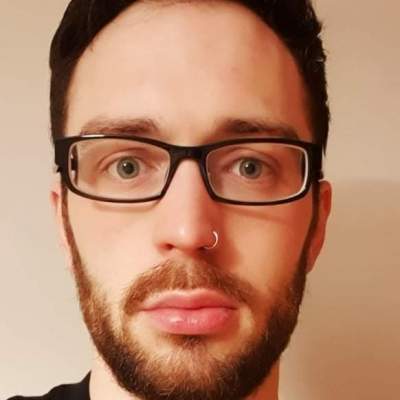