This week The Bodega's Promotions Manager Sam Keirl gives us his!

I first saw Dermot in Leeds in 2018 I think, and his voice instantly blew me away. His husky belts are blended with folk and hip-hop influences, as he delivered one of the stand-out albums of last year. Starting with the stirring ‘An Evening I Will Not Forget’, Dermot takes us through his world with 50 minutes of pure folk-pop joy. The title track and album closer ‘Without Fear’ is a real stand-out moment for me.

Released just at the start of lockdown, this album has been the go-to for me and my girlfriend over the last few months. If you’re a fan of Lorde or Julia Michaels, you’ll probably like this one. It’s moody and atmospheric pop at it’s finest, with sincere and catchy hooks. If you want a little taster before diving into the full thing, ‘Golf on TV’ is a great start, though every song is a highlight.

Pure electro-pop bliss from this Canadian quartet. Released in 2018, ‘Baby Teeth’ is the debut I’ve been rinsing for the past couple of years. Over the 10 songs, vocalist Katie discusses teenage anxiety, failed relationships and sibling love, all complimented with stunning layers of dreamy guitars and drum beats. Their follow-up is due next month so it’s a perfect time to discover them. Their headline show at Omeara in London was a stunner and I’d massively recommend for fans of London Grammar or Japanese House.

Like everyone else, I’m really missing gigs so this film is a nice way to fill the void until they return. It’s made up of footage from the band’s 2019 Alexandra Palace gigs and a behind the scenes look on the road touring ENSWBL: Part 1. It’s a great insight into tour life and a closer look at one of the country’s best bands of the last decade. Seeing the confetti cannons going off during ‘In Degrees’ is guaranteed to get you craving watching live music with thousands of people again. The lounge and my cat will have to do for now though.

I’ve got quite a short attention span for films in all honesty but this one from 2007 will always be a firm favourite. Starring Simon Pegg, Hank Azaria and Thandie Newton, it’s as funny as you’d expect that cast to be. It’s a last ditch attempt for Pegg to win back the affection of his ex after he ran out on their wedding day. With their love depending on if an unfit man can run the London marathon, it’s truly heart-warming and genuinely funny. Perfect for a chilled-out lockdown evening.

This holds a record for being one of the only sci-fi films I’ve seen, as I’m not usually a fan, but Passengers ticks the boxes for me. It takes place on ‘The Avalon’, a ship carrying over 5,000 passengers in hibernation pods on a journey lasting 120 years. One pod has a malfunction which wakes Jim (Chris Pratt) 90 years too early with no one else awake on board. It also stars Jennifer Lawrence and turns out to be a really intriguing watch.

I really can’t recommend this one highly enough. Set in Camden, the series follows a couple who really want to become first-time parents, though face troubles conceiving. The show follows their progression through the adoption process and the ups and downs it brings. It’s a perfect mix of funny and heart-warming and to top it all off, the soundtrack is beautiful with contributions from Guy Garvey (Elbow), Isaac Gracie and Maisie Peters. It’s not massively long but it should certainly help pass a couple of lockdown hours.

I’ve been addicted to this part-cricket / part-music podcast for the last 18 months and it’s provided a nice breather to lockdown life, even as there’s been no sport on. The 3 hosts are Radio 1’s Greg James, Felix White from The Maccabees and England’s greatest fast bowler Jimmy Anderson, so there should be a bit of something in there for everyone. Even if you’re not a fan of cricket, it’s a good laugh and chance to take an hour to chill out and reset with some, quite frankly, nonsense. 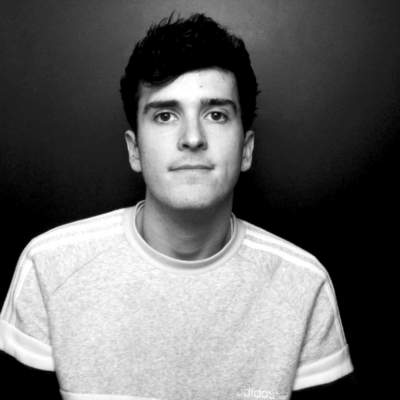