The concept is simple: we choose three records, three books, a boxset and a podcast to binge.

We all have our favourites that we always go back to, but it is always a good idea to try something new – especially right now – so be sure to keep up to date with our choices and let us know via Twitter which albums, books, series and podcasts you recommend.

Walking Like We Do has been my feel-good album for lockdown. Filled with  beat-laden bops, and slightly less grungy than their debut, this has been my “get up and go” morning soundtrack for about a month straight and I’ll unashamedly admit I’ve danced in the kitchen to ‘Your Light’ and joined in with the soaring harmonies on ‘Waves’ in the shower. Even though the punchy piano and sweet guitar riffs keep the album upbeat, the themes of the album really speak to me.

Lead singer Jules writes about disappointment with modern life, and the difficulties of growing past ‘youth’, something I’ve definitely contemplated over the past few months. ‘Barcelona’ speaks most to this feeling of angst of being left behind, and flute is a bonus to any intro. As a group they’ve inspired me to be more creative during lockdown. From giving online music lessons to raise money for charity to making a music video whilst in their own homes for ‘Why’, they’ve pushed the boundaries for what artists can do whilst in lockdown. This record, most of all, is pop music that bounces along, is pure distilled fun, and perfect to brighten any lockdown day.

This is one of those albums where you find a new meaning every time you listen to it. Released shortly after his death in September 2018, Circles resonates with people all over the world because of the personal struggles Miller so perfectly translates into song. I’ve had ‘Good News’ and ‘Surf’ on repeat for the last few months and feel like I’m hearing them with completely different ears, what I once thought was a distinctively sombre album is now his most uplifting piece of art and it’s really helped me accept some truths during a tough time in my life.

Because this was released after his death, there are no interviews, official music videos or comments from Miller on the album – which is the main thing that intrigues me and makes it timeless. You make of it what you will without judgement or influence and that’s exactly how music should be.

In this 2016 album, acclaimed for the Grammy award winning track ‘Redbone’, Childish Gambino breaks away from deep rooted hip-hop and ventures into the world of funk, soul and RnB with great success. This album stands out from his other music because it shows we are not defined by our past but by what we choose to do next. Showered in reverbed synths, unparalleled lyrics and funk slow jams, this collection serves as Donald Glover’s reaction to black history and most importantly, illuminates a brighter future.

This has been a great listen throughout lockdown, especially in light of BLM movement and incredibly empowering protests that have been going on around the country. Childish Gambino’s music is important and this is why.

Down and Out in Paris and London by George Orwell

Easily my favourite author of all time, George Orwell dedicated his life to exposing the truth behind politics, language, media, history and most importantly, how this impacts society as a whole. Down and Out in Paris and London is a semi-autobiographical account or a fictional memoir of Orwell’s adventures as a young British writer trying to make it in two great cities. He wanted to expose the lies that are fed to us by the people in power and used both fiction and non-fiction to explain his views and beliefs. This book is worth a read because it balances both.

This is a story about a young woman who is learning how to navigate through life. The world is a strange place to her, she finds it hard to socialise with others and be 'like everyone else'. As the book goes on, we find that she isn't like everyone else and learn about how her childhood trauma has shaped the person she has become. It is dark yet hopeful and highlights the importance of showing love to those who need it the most. The impact of isolation on Eleanor's mental health was relatable, especially during lockdown, and this book made me feel a little less alone. Honeyman provides an interesting insight into counselling and how therapy can be used to work through our troubles without stigma or embarrassment.

One Summer: America 1927 by Bill Bryson

Bill Bryson is one of the greatest non-fiction, travel writers in the world and it’s for good reason. The book focuses on one monumental American summer in 1927 which changed the future of the world forever. If you’re put off by the educational side, don’t be because Bryson writes as if the book is fiction. You don’t feel like you’re being talked through a history lesson, you feel like you’re actually there, seeing everything unfold as a fly on the wall. He talks about the first man to cross the Atlantic by plane, a murder trial that became a tabloid sensation, how the infamous gangster Al Capone tightened his grip on the illegal booze business and the release of the first EVER talking motion picture. It’s a long read but definitely worth the time.

Written by the makers of the Matrix, Andy and Lana Wachowski, Sense8 depicts the lives of 8 people across the world who, after individually experiencing a traumatic event, become telepathically connected overnight. From a Chicago Cop, to an Icelandic DJ and a Korean kickboxing champion to a Mumbai scientist, all 8 of these people can see each other’s thoughts, use each other’s skills, and feel each other’s pain. Without giving away the storyline, this ‘cluster’ of people become a threat to the system and must band together in order to stay alive and not be hunted down. What makes this show so unique is the way it uses the characters lives as a social statement or example to highlight the evil that still exists in the world today.

For those who are into all things true crime and love to get your teeth stuck into a case gone cold, this is the podcast for you. Baltimore, 1999: Hae Min Lee, a popular high school student, disappears after school one day. A month later her body is found in a park and detectives arrest her ex-boyfriend, Adnan Syed, for her murder. Adnan is then sentenced to life in prison and declares he is totally innocent, despite not remembering where he was on the morning of her disappearance. Over 15 years later, investigative journalist Sarah Koenig, notices significant holes in the case and decides to revisit the evidence. Whilst sorting through thousands of documents, listening to trial testimony, police interrogations, and talking to everyone who remembered what happened between Adnan Syed and Hae Min Lee, she discovered that the trial covered up a far more complicated story than the jury – or the public – ever got to hear. Tune into Serial on Apple podcasts for the investigation of a lifetime. 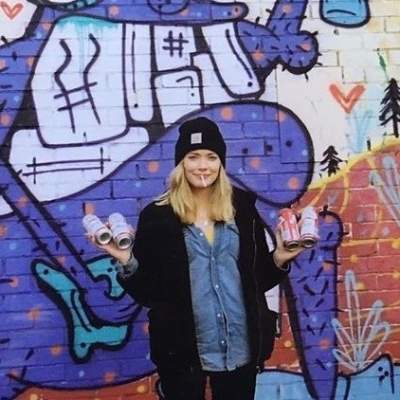