Sault came out of nowhere last year with two amazing albums titled ‘5’ and ‘7’. Through these albums they forged a sound that managed to blend a range of influences like golden era hip hop, funk, soul and gospel, and mastered sounding completely vintage and modern at the same time. Their latest album ‘Untitled (Black Is)’ came out of nowhere yet again as a reaction to the Black Lives Matter movement. Premiering just three weeks after George Floyd’s death, the 19-track album is as empowering as it is painful, tackling systemic racism, injustice and police brutality with such emotion. It is hugely profound and poignant, a real soundtrack and statement for these times.

Yves Tumour is the moniker for multi-instrumentalist, producer and singer-songwriter Sean Bowie. Until a few weeks ago I’d never heard their work, and their sound was completely different to anything I have heard in a long time. The best way to describe it would be a Blood Orange-esque psych rock hip hop album…but there are lots of other genres running through the album too. What’s more surprising is that even with these clash of sounds, it is so immediate and easy listening, which is usually impossible to do whilst sounding so experimental.

Kenny Beats is one of the best producers around at the moment; he has a range of different sounds to his repertoire, being known for changing his style depending on who he is working with. On this EP, Denzel Curry pays respect to rap personas like DMX and Old Dirty Bastard through aggressive almost parody-like delivery. Kenny Beats complements this perfectly by using samples in a way that is a clear nod to hip hop’s heritage.

Birdman (Or The Unexpected Virtue of Ignorance)

This film is very cleverly directed to create what is made to look like one seamless take. Not only does this feel unique because of its direction, but because of its jazz drum soundtrack, which follows the pace and tension of the movie, as if it were played live alongside the film. Birdman is an ambitious technical showcase that is matched by a great storyline about a faded superhero movie star trying to reinvent himself as a serious actor, and tackles themes such as ego, stardom and mental health, with added supernatural elements. It is a thought-provoking masterpiece.

Okja is about a “super pig” which has been raised by a 13-year old girl in a poor South Korean village for ten years, originally created in a lab by a multinational conglomerate company. The company want to take the pig back to America to kill it to sell its meat and the girl travels to America to try and stop it happening. For what is an action movie it has a pretty wacky storyline, but it is also a very clever critique of corporate greed and capitalism.

This film is about a low-level criminal played by Robert Pattinson, who robs a bank with his disabled brother and ends up getting caught. He then tries at anything to desperately get enough money to pay for his bail over a night long odyssey through New York's dark and weird criminal underworld. It’s a storyline with enough crazy twists and turns to be a Quentin Tarantino film but on a low budget indie production, with the intense uncomfortableness of the recent film ‘Hidden Gems’ starring Adam Sandler.

The Thick Of It

The Thick Of it is a satirical comedy about the inner workings of British politics which I must have watched over a hundred times. It shows a behind the scenes look at politicians and the civil service being useless and out of touch through various story lines and situations enforced by spin doctor Malcolm Tucker. There’s something very British about this program and I think it has the best comedic one-liners ever written and delivered in TV history.

My first choice would be ‘Reply All’, which is easily the best podcast ever, but I know that has already been picked so I will go for another of my favourites, ‘Switched On Pop’. Created by Vox, the podcast is hosted by Musicologist Nate Sloan and songwriter Charlie Harding, where they analyse recent and current pop trends in excruciating detail building a story around each topic, from where they originated to their cultural impact. 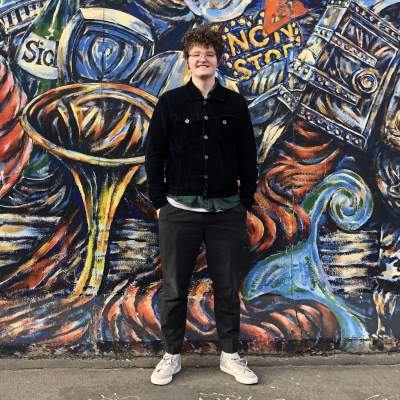