It's time for another alt. tickets Social Distancing Survival Guide.

Ben Howard - I Forget Where We Were

Absolute slow burning bliss. Such a switch up from his first album which although Brit and Mercury nominated, it never fully grabbed me – “I Forget Where We Were” is a different kettle of fish. From the echo laden spatial start with ‘Small Things’, to the goosebump inducing closer ‘All Is Now Harmed’ it’s just 55 minutes that flows by so fast, weaving from song to song.

For me the title is so apt, ‘I Forget Where We Were’ is the perfect antidote to getting lost for (just under) an hour, whether that be in some creative idea, out gardening (cheers furlough for the green fingers) or simply killing a large portion of a train journey.

Not convinced by my waxing lyrical, just watch this live performance of album highlight ‘End Of The Affair’.

I had to have the word Bodega in here somewhere, and as there isn’t a favourite venue, or favourite economy larger category, it’s going to have to be the band.

I’ve seen these guys live a handful of times and what a show they put on! If you ever get a chance, make sure you are in that audience (oh gigs how we’ve miss ye’).

We’re not getting any cheerier with my 3rd and final album selection. Sad is cool, right? Sivu’s “Sweet Sweet Silent” is not just melancholic but also poignant, as the singer suffers from Meniere’s, a disease that slowly causes deafness through episodes and attacks, it creates a loss of pitch and a feeling of being underwater which is addressed in opening track Submersible as Sivu goes “deep deep down in my submarine”. Full of hushed tones and vulnerable vocals, the album traps you within the thoughts and musings of Sivu as he progresses through the understanding and coming to terms of his mental and physical state.

We haven’t heard from Sivu much since this release in 2017, so here’s hoping that this isn’t his last release. An artist I’ve always wanted to see perform live and never had the chance.

Probably my favourite film of all time. Interweaving story lines take you through Brazil’s roughest favella with such vibrant cinematography, exuberant editing and energetic soundtrack. Not the longest of films but my god it covers some ground, looking at life for the purest and most crooked or those born rich, made rich and poor looking for a way out. Was about to go on to talk about some more poignant scenes, but I don’t want to ruin anything. Watch it. Director Fernando Meirelles is a genius.

This blew me away when watching. The cast is incredible Michael Keaton, Edward Norton, Emma Stone, Naomi Watts etc. But it’s the camera movement that puts you right at the heart of this movie, in what can feel like one continuous take the intensity is so palpable. Not moving location far from the theatre at the centre of the storyline, Birdman can feel sometimes like a live production where you are in the front row the whole way through, the humour, tension, satire, drama and pure intrigue just radiates from all the masterful performances. It’s something special this film.

A switch up to documentary for the last film, and I’m going to keep it brief. Go and watch Icarus! I’d love to delve into the storyline but I really don’t want to ruin anything. Starting off as a story about cycling and the institutionalized doping within the sport, it evolves and becomes something very different. This is NOT a sports documentary, it’s much more.

No Such Thing As A Fish

I think there is only one podcast that I listen to that isn't sports based. So it'll have to be “No Such Thing As A Fish”, a podcast by the researchers behind long-running TV series QI. Around one hour sees 4 facts (usually factual unless they come from Dan) with each 15 minutes to dissecting them and add similar trivia. It is a lovely way to kill time, have a laugh and switch off by listening to these guys.

Some things I’ve learnt from the podcast: Finland has the highest density of metal bands in the world, the Dalai Lama is frightened of caterpillars and Winston Churchill looks grumpy on the £5 note because the photographer who took the picture had just removed his cigar. 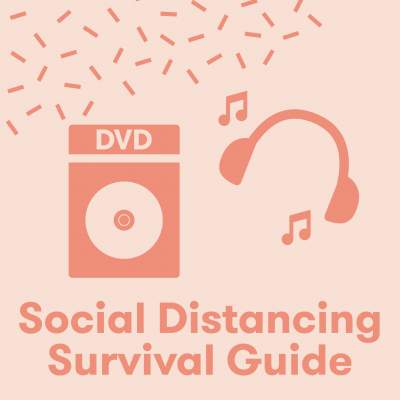