The concept is simple: we choose three records, three movies and a boxset to binge.

IDER are one of my all time fave bands – I first heard their music whilst letting Spotify do its Spotify radio thing and was instantly hooked and listening on repeat. They recently played at The Bodega, and it was one of the best gigs I’ve been too. The atmosphere was amazing, and they were so captivating to watch live. I went with Nat, who also works at DHP. She hadn’t heard of them before the gig, and now listens to them all the time too! Def a band to give a try if you’re not already obsessed!

I genuinely like everything they’ve released but the song ‘You’ve Got Your Whole Life Ahead Of You Baby’ is probably my favourite of all. The realness and openness of the lyrics is so relatable and for me portrays exactly how it can feel trying to navigate your twenties.

Really can’t fault IDER at all. Plus one of them has shoes that look like fish….. my kind of band.

How can anyone not just feel happy when listening to this album? I’ve listened to songs off this album almost daily through lockdown and singing along. I’m good friends with my neighbours – and we’re fortunate we have the same music taste. Over lockdown, especially in the sun we’re been out in our gardens and have created a joint playlist so we can just have music coming from one house – this album features heavily.

The songs Beyond, and Mrs have that easily listening romantic summer vibe to them – perfect for sunny days drinking wine outside!

As Emma Thompson’s character says about Joni Mitchell in Love Actually - ‘I love her, and true love lasts a lifetime’. I’ve always loved Joni Mitchell – the emotion in how she sings is so raw, and easy to connect to. This album is one I listen to a lot. I am someone that will listen to a whole album start to finish – and who plays the same music over and over once I love it. A Case Of You is one of my all time favourite songs, which has also been covered brilliantly by James Blake.

I love how her songs feature an element of pain and realness, and always display life, and love in the most transparent form. I think this will always be one of my favourite albums.

As I mentioned about albums – if I like an album I will listen to it again and again. Lockdown has given me the perfect excuse to watch all my favourite films, that I normally feel guilty for watching again and again. Four Weddings And A Funeral is one of my favourite films ever – British films are without a doubt my go to. I love the humour, the way they’re filmed and how they’re normally about day to day life in a unique, personal way that American films can overdramatise.

I love that this film focuses around the love in friendship as well as relationships – the funeral scene featuring a W.H Auden poem gets me every time. It’s a brilliant lazy Sunday film, and a classic in my opinion!

What a soundtrack, and what a cast! I love this film – it manages to be so light-hearted and easy to watch, yet full of substance. A brilliant film focusing on the power of true friendship, and bond over good music makes it a winner in my eyes. If you’ve not seen it – basically it’s a group of DJs living on a boat in the north sea, illegally broadcasting a pirate radio station playing rock & roll, whilst the government try and shut it down. Bill Nighy is one of the main characters – bringing his magic.

I watched it last week, and writing this makes me want to watch it again! Or at least put the sound track on.

A French psychological thriller with Audrey Tautou (the actress that plays Amelie) as the lead character who is in love with a married man, and their relationship. Without giving too much away - The way the film is narrated is unreliable so as a viewer you can’t trust how their relationship dynamic is being portrayed to you – and the viewer has to work out what is actually happening between them. It’s very cleverly written – and slightly chilling.

If you’re going to watch this film – don’t read up on it before hand, it will ruin it, just trust in Audrey!

Afterlife follows the grieving process of Tony, played by Ricky Gervais, who’s wife has recently passed away, and how he feels like there is no point in caring about himself or anyone else now she’s gone. I watched all of this over two days, and laughed and cried so much. Ricky Gervais always manages to capture the little nuances and perfectly portray the ups and downs of life. The cast includes Ricky, Ashley Jenson, Roisin Conaty and the wonderful Penelope Wilton. It’s a complete binge worthy watch on Netflix, and I couldn’t recommend it enough. Prepare to feel emotional! 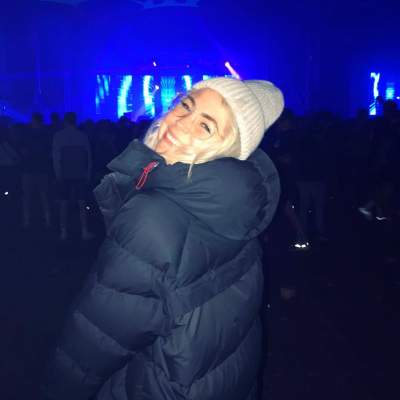